The ARUN 100 is an institutional cooking solar array. The Akshardham Temple located in New Delhi, India was the first in the country to install the ARUN 100 solar steam generating system for community cooking purposes. MNRE has partly funded this installation and Clique Solar has manufactured and installed the system. The system was put into service in November 2012, and in July 2013, Clique Solar received the ‘Best Solar Thermal Technology’ award at the prestigious Intersolar Awards held in Munich, Germany. 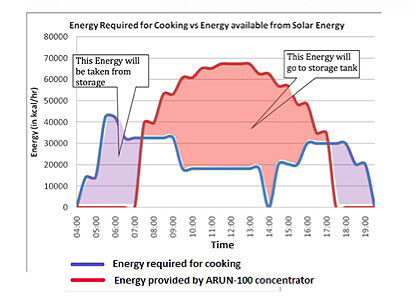