See also: Global Calendar of Events and past events in Afghanistan

This country, much in Western news in the last years as the refuge of Al-Quaeda members, has actually had solar activity for some time. A newspaper account (Kabul New Times, July 6,1985 (in the Soviet era) discusses research activity for utilization of solar energy, conducted under the auspices of the Solar Energy Institute, a part of the Academy of Sciences of the Democratic Republic of Afghanistan. The effort was principally directed towards the potential heating of houses (not cooking, in the article shown) in recognition of "an increasing deficiency of traditional (presumably meaning wood) and other energy sources". The article further states that since Afghanistan has 300 sunny days per year, conditions are favorable for generating solar energy. The device pictured in the article is a flat plate collector, with two scientists working on its development. Not long after this article was published however, the solar research work most likely ceased with the end of the Soviet regime and the beginning of the Taliban period.

In a later era, this one under Taliban rule, the SERVE Solar Project, operating in Peshawar, Pakistan, moved its operations to Jalalabad, Afghanistan, in order to serve the population of refugees then returning to Afghanistan, after the departure of the Soviets. SERVE is a British humanitarian agency with projects in health, disability services, relief, and environmental issues. Its work in Pakistan began in refugee camps filled by an Afghan population in 1980. While working on other problems, SERVE discovered the severity of fuel shortages and based on that need, developed a large scale and very successful solar cooking project (see the report on Pakistan). Refugees who moved back took their box cookers with them and demand in Afghanistan was substantial. Initally, SERVE trucked box cookers to Kabul for sale in the market places. Later, they established an office in-country. In 2001, as Taliban rule tightened, SERVE (considered to be a "Christian" organization and hence not acceptable) was forcibly ejected from the country, its gates locked, its staff deported. (Newspaper clipping, NYTimes, date?) After Taliban rule ended, and under the present US led military assistance while the provisional government becomes established and stable, solar cooking has returned to the country. Several projects are underway currently, all too new to have been evaluated for the achievement of their goals. The following agencies are known to have a presence in the country, with a solar cooking component.

Under the leadership of retired SERVE staffer, Gordon Magney (now desceased) and his wife Grace Magney, who returned to live in Kabul in 2002, a small project is underway utilizing a new box cooker developed by an American NGO, the Solar Oven Society (See section in chapter Multi-National Promoters). The new cooker, called the Sport is made of recycled soda bottles with a Mylar cover and (soon to be available) shiny reflectors. Four hundred of the cookers were shipped to Kabul, unassembled, along with the equipment required to assemble the finished product. Under the supervision of Magney, that has now been accomplished. Training of users and sale of the cookers at a cost subsidized by a number of Minnesota churches is underway.

Another project in Afghanistan is sponsored by the Rotary international network. A humanitarian unit called The Temple Solar Project was established by several Rotary groups in November of 1998. It has been supplying large community sized cookers called The Villager (produced by Sun Ovens International) to communities around the world. The cost of each villager is $10,000, plus shipping costs of an additional $3,500. Five of the Villagers have been shipped to Afghanistan; two are already installed and in operation. The others are in transit or awaiting delivery. The first oven was installed in a school, in collaboration with an organization called Friends for Afghan Redevelopment, cooking food for students and staff.. Some smaller solar cookers are not particularly effective in cooking the traditional Afghan bread, an unleavened "naan"-type, which is however easily made in the Village. The large oven can also be used for bakeries as income generating projects or in institutional settings such as schools or hospitals. Logistical difficulties are continuous, including moving the goods through customs, appropriate training, and so on, but the projects are proceeding according to plan.

An individual, Laila Petty, was prepared and equipped, by an experienced solar cook associated with SCI, to promote solar cooking, prior to a extended visit she was planning to make to Afghanistan. A native Dari speaker, Ms. Petty was particularly interested in the plight of the "internal displaced persons" (IDP) in Afghanistan who do not receive international assistance from refugee organizations, but are nonetheless homeless and poorly served by charitable organizations. Early in her yearlong stay in Afghanistan, she made a number of contacts with relief agencies; did a number of demonstrations, more or less on her own, and conducted training for cooks in several IDP locations. Her work was well received, but agencies in the country were already overburdened by the difficulties of working in the country and none took up her offer to assist in development of a solar cooking project. She was even able to locate a, potential manufacturer of CooKits, the device she was using to demonstrate, and the cheapest solar cookers available. However, none of her work resulted in any substantial interest. She ultimately found a different cause to work on, but would be willing to assist in a solar project should one develop. 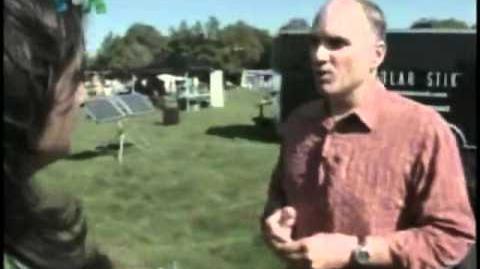 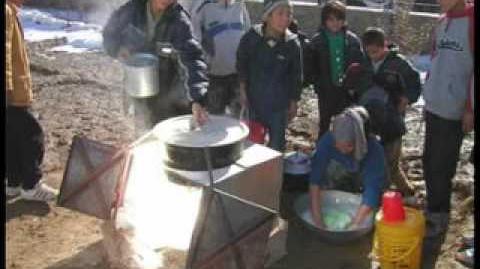 The entities listed below are either based in Afghanistan, or have established solar cooking projects there: