The All American Sun Oven is manufactured by Sun Ovens International. Formerly this model was called the Sun Oven, or sometimes the Global Sun Oven. In 2013 the model was updated with a 20% larger internal cooking area to allow for more common size baking pans. The new design also has added wind resistance features. The company claims the cooker is capable of 15% higher cooking temperatures. Read more... There are retrofit upgrade kits for some of the new features available for older models.

The GLOBAL SUN OVEN® can be set up for use or taken down for storage in a matter of seconds. The reflectors literally fall into place at an angle that allows you to maximize the power of the sun. The reflectors are made of highly polished, mirror-like anodized aluminum that can be cleaned quickly and easily with glass cleaner, and they will never oxidize or rust.

There is never any need to worry about your food spilling in a GLOBAL SUN OVEN®. While cooking, your food rests on a shelf that self adjusts to always stay level as you refocus. 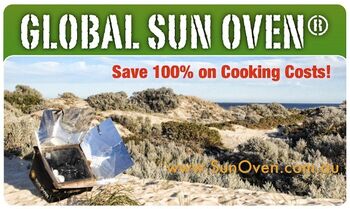 A built in thermometer allows you know the temperature at a glance.

As the sun is at different points on the horizon the GLOBAL SUN OVEN® can readily be adjusted to follow it. A simple adjusting leg allows you to choose from 9 angled positions.

A thick batt of non-toxic insulation retains heat. Food cooked in the sun and left in the oven will remain hot for hours. Cold air is held out allowing the GLOBAL SUN OVEN® to be used on sunny days year around regardless of the ambient temperature.

The GLOBAL SUN OVEN® weighs only 21 pounds (9.5 kg), folds up like a suitcase, and is equipped with a handle for easy transport.

The GLOBAL SUN OVEN® is so easy to use a child can operate it!

History of the Sun Oven[]

Sun Ovens were developed in 1986 by Tom Burns, a retired restaurateur from Milwaukee, Wisconsin, who was very active with Rotary International. From his experience in operating restaurants he knew a great deal about cooking and from his international travel he became aware of the ever-growing problem of deforestation. Tom took a concept that has been around for centuries and engineered into it more recently developed materials to produce the world’s most effective solar cooking devices. With the help of the Sandia National Laboratories the oven was refined.

From 1986 to 1997 Sun Ovens were made and marketed by Burns Milwaukee, Inc. Thousands of portable models have been shipped to more than 126 countries around the globe. Sun Ovens have helped feed refugees in relocation camps, natives in remote Third World villages, workers at field sites, climbers on the slopes of Mount Everest, and soldiers during the Persian Gulf War. In 1998 Sun Ovens International, Inc. was formed and the manufacturing was moved from Milwaukee to Elburn, IL (40 miles west of Chicago). Sun Ovens International, Inc. has expanded the use of the ovens by making them more widely available in the U.S. and around the world. Assemble plants to make Sun Ovens have been established in a number of developing countries to reduce the cost of the ovens and shipping to the people that need them the most. While thousands of ovens have been sent around the world, there are still more than 2 billion people who cook with wood and charcoal and as populations increase so will the need for Sun Ovens. 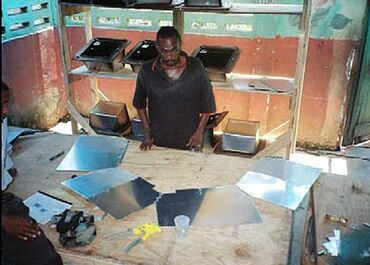 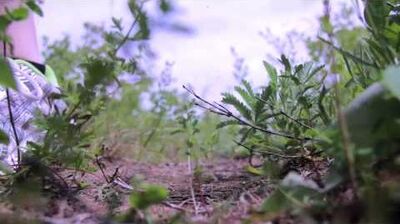