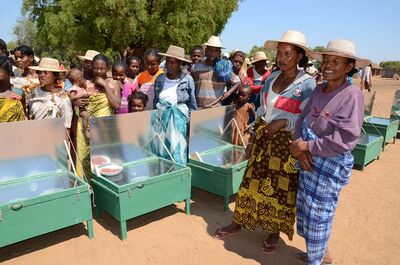 Association pour le Développement de l'Energie Solaire (ADES) is a Swiss NGO that produces energy-efficient cookers in Madagascar and encourages the use of renewable energy. In this way firewood and charcoal consumption can be substantially reduced. The project started in Tuléar in the south of Madagascar in 2001. Local production by local people with local material is part of the ADES philosophy. We have managed to install more than 170 000 ovens up to now (Status March 2018).

For centuries the population of Madagascar has been cooking their food with charcoal, which requires vast amounts of firewood in its production. About 90% of the original forest in Madagascar has been destroyed. It is not any more a green island but becomes more and more a red one. Madagascar has, especially in the south and southwest regions of the country, close to ideal conditions for the use of solar energy. The solar cookers and efficient stoves are an important contribution towards halting the deforestation process. Besides environmental reasons, there are also economical and practical reasons to favour the solar cooker. Families spend less money on wood and charcoal and cooking with the solar cooker avoids cooking over smoke fires and the associated respiratory disease.

In order to convince people of this new cooking method, ADES offers cooking demonstrations and training courses for women, who then recommend the stoves to others. There are also workshops for school teachers on environmental issues and the use of solar cookers so that they can integrate them into their teaching and promotional programs. Thanks to CO2 certificates, solar cookers can be sold at a reduced price to the population.

ADES has the vision that within 20-40 years of 2018, a large part of the population in Madagascar will predominantly be using energy-efficient cookers to prepare their food. Every year an increasing number of stoves are planned to be distributed. From 2011 to 2017 ADES sold a total of 169,713 energy-efficient stoves in Madagascar (of which 13,470 solar cookers and 156,243 energy saving cookers).

ADES has nine centres in Madagascar where they build and/or sell solar cookers. The production is well organized, but the promotion is more difficult because it takes a lot of training to convince the population to change their cooking habits. ADES offers various programs such as 'women teach women' and environmental education in schools. 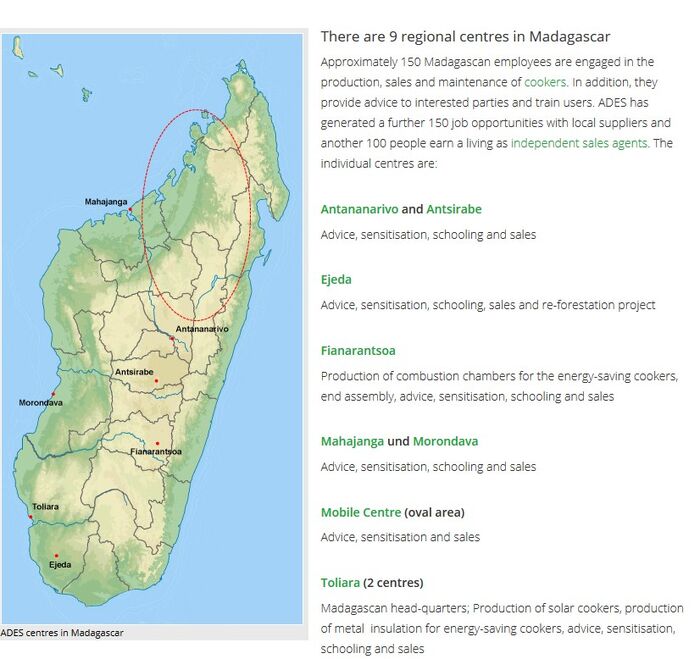 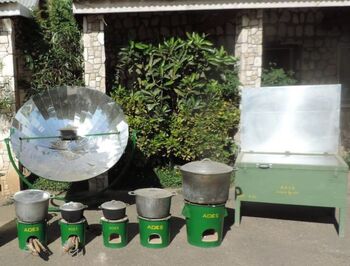 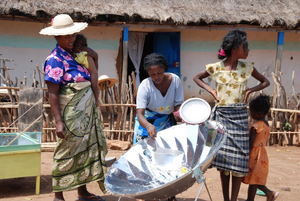 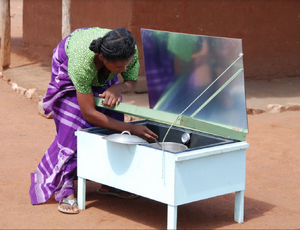 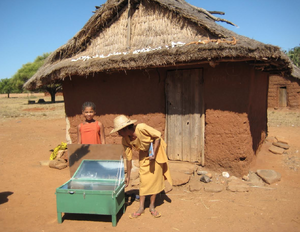 The products that ADES manufactures and sells[] 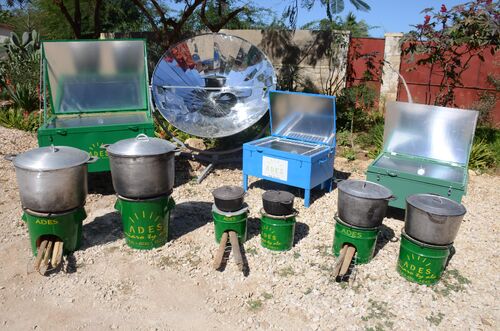