Solar Cooking
Register
Don't have an account?
Sign In
in: Manufacturers and vendors, New York, USA,
and 4 more

The company began as a partnership between Bjorn Quenemoen, a corn farmer's son, and Jamie O'Shea, an inventor. They distribute their popcorn with a unique seasoning blend in the New York metropolitan area and Hudson Valley, as well as online through their website, BjornQorn.com .

The Solar Basin used by BjornQorn is a low cost concentrator design because it is shaped directly into the Earth. It requires no structure to support its weight or resist wind, and no transportation of fragile or curved pieces. The reflective material is extremely inexpensive metalized Mylar. In addition to the 5 meter basins that are in commercial operation, many domestic scale units have been created and tested throughout North America, and workshops have been led in the US and Mexico on the technique of construction. A workshop and community test is planned in the Punjab Region of India in February of 2015 with Building Bridges India .

The Basin is a high concentration system with stagnation temperatures around 850° F. BjornQorn uses (2) 5 meter diameter basins that each heat a 60 quart kettle, with an effective power between 4500 and 5000 watts each. The popcorn system is a batch process that finishes every four minutes. The Basin is a fixed mirror spherical design, which means the concentrator surface does not have to move throughout the day. The sun is instead tracked by the receiver- which for BjornQorn is a popcorn kettle placed in the prime focus. Higher aperture efficiencies can be attained with a linear or tube-like receiver shape. Experiments are being conducted with varying rim angles- i.e. more or less of the sphere shape, to alter the performance throughout the day and throughout the year. 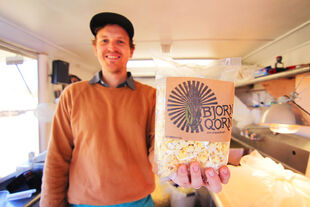 Bjorn with a bag of Qorn 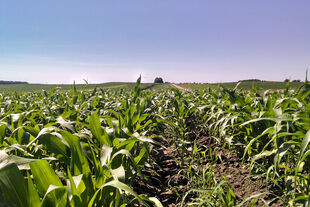 popcorn on the family farm in July 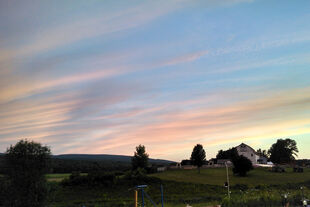 Sunset over the solar plant 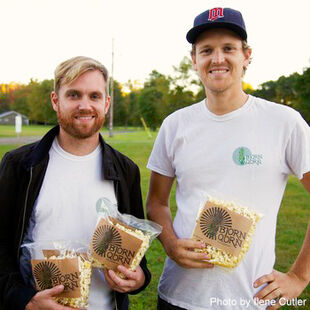 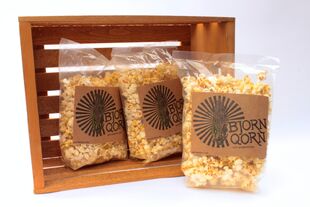 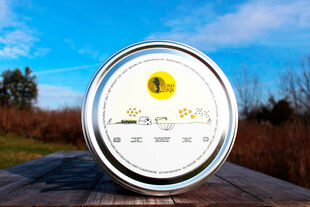 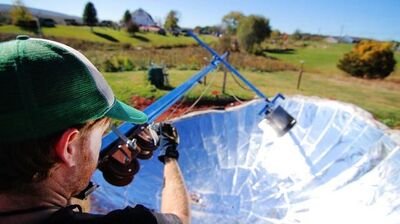