Solar Cooking
Register
Don't have an account?
Sign In
in: Archived page, Manufacturers and vendors, Oahu,
and 7 more 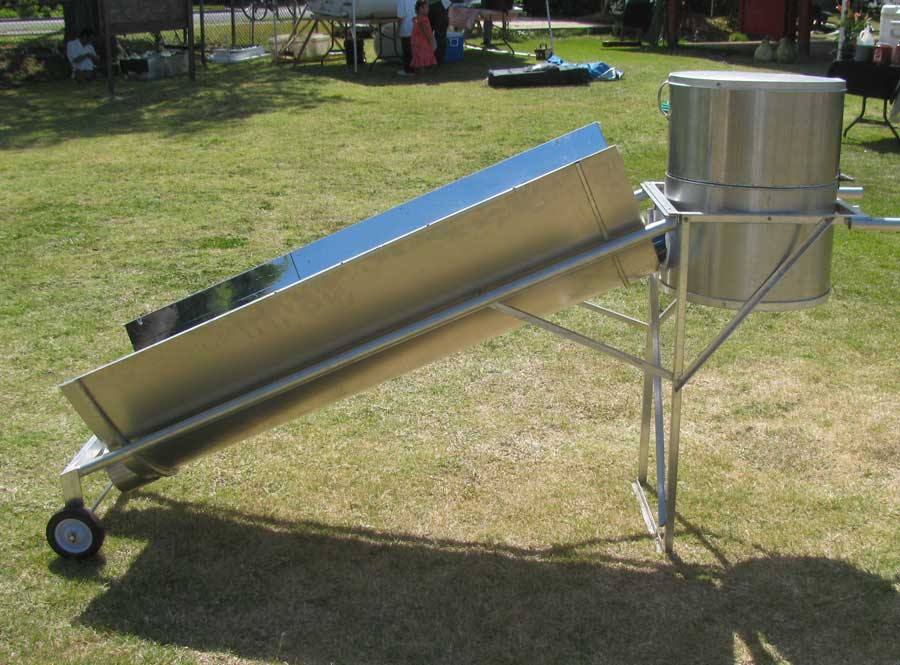 The following product description has been provided by the manufacturer

Blazing Tube Solar manufactures the trough-style Blazing Tube Solar Appliance and the Sol*Saver Water Pasteurizer. Their mission is promoting the use of solar energy in developing countries, which has also been the goal of many organizations worldwide. Appropriate applications of solar in such regions, include electric production, thermal water disinfection, food drying, and solar cooking. However, as is the case with solar energy in general, the adoption by families in developing countries has been minimal. Initial cost, ease of use, reliability and long-term durability have often been significant factors, which has dissuaded widespread use.

Both the BTSA and the Sol*Saver display high solar absorption efficiencies and can be implemented in many regions of the world. On clear days, both devices can produce three cycles of production. This means the BTSA can cook up to three meals worth of food, and the Sol*Saver can disinfect 24 bottles of safe drinking water. In more cloudy weather, the number of cycles decreases, but some production is assured. Only full rainy weather prevents the successful utilization of these units.