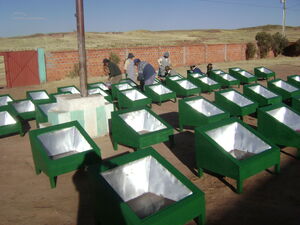 CECAM Bolivia is an non-governmental organization (NGO) with no political bias or agenda based in Bolivia. They work with communities in and around Cochabamba to bring sustainable change to impoverished communities, while combating disease and economic instability through advocacy for environmental and economic sustainability. They sponsor educational workshops for disadvantaged residents and distribute ecological cook stoves, which include solar ovens. They rely on volunteer participation to provide programs, and interested individuals can contact them if they would like to help out with the workshops.

Currently, more than a million Bolivian families have to prepare their food using wood-burning stoves, which contribute to the indiscriminate felling of trees, and cause irreparable damage to the environment due to the carbon dioxide produced. These stoves also cause respiratory diseases and carry a high risk of burns. The custom of cooking in enclosed spaces has been associated with high infant mortality.

Solar ovens use only the natural power of the sun. They reach temperatures between 120° and 180°C (250° -350°F) and cook food in a healthy way, by retaining vitamins and requiring less cooking oil. You can cook any type of food: meat, desserts, rice… They can also be used to boil water – very important in a country without safe tap water. Another advantage is that the ovens cook food slowly and do not require constant attention, providing more time to do other things or to look after children. CECAM’s flagship project is constructing these solar ovens for poor families, who benefit greatly having them to cook with. 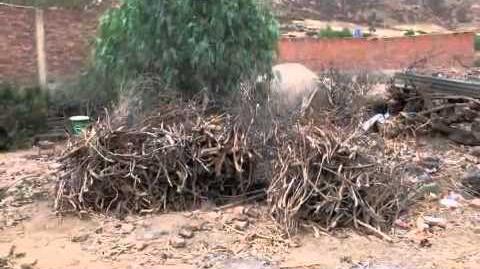 Retrieved from "https://solarcooking.fandom.com/wiki/CECAM_Bolivia?oldid=124964"
Community content is available under CC-BY-SA unless otherwise noted.