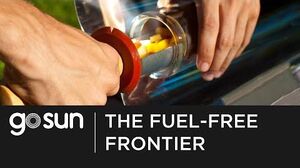 With the advent of relatively inexpensive evacuated glass tubes manufactured in China, it has become practical to use them in creating Evacuated tube solar cooker designs. The first such use was apparently Alex Kee in Malaysia, who demonstrated such a cooker at the Solar Cookers and Food Processing International Conference (2006) in Granada, Spain. Such tubes were originally produced as a component of popular solar water heating systems. Evacuated tube literally means that the cooking chamber is constructed of two layers of blown glass in the shape of a sealed tube, where the air has been removed between the layers.

Heat loss happens primarily by conduction and convection through a medium. With no air between the layers of glass the chamber is highly insulated, well suited for retaining cooking heat. The chamber is so effective it often does not require a large reflector to capture sunlight. One end of the tube is left open to allow a slender cooking tray to be inserted. The tray has a handle that seals with a gasket against the glass tube. The opposite end is fitted with a fixed stopper or has had the tube sealed during the manufacturing process. Improvements in glass technology is allowing for larger diameter tubes to be fabricated, which will allow for the use of larger cookware.

Dave Oxford writes: "We were puzzled by the 'vertical' breakages. They differed from the breakages sustained while the tubes were horizontal. In horizontal mode, the tube imploded and the glass dropped vertically, as you would expect, because of the vacuum. In vertical mode, heating water, they exploded - that is, the glass ended up a good distance from the cooker. Since writing the paper, we've revised our views about what accounts for this. We believe that there is a different mechanism at work - superheating. That is, in such a narrow tube, there is little opportunity for convection within the water column. Even large copper domestic water heating cylinders are known to stratify. So, we now think that some of the water near the bottom of the column reaches a temperature above 100 °C (212 °F), especially in full sun. When convection does occur, and as the pressure decreases as it rises through the column, it flashes abruptly to steam, causing an explosion. A similar thing happens when liquids are heated in microwave ovens, and localised heating occurs. I must stress that this is just our latest hypothesis, and we have no solid evidence to support this. It would be quite difficult to test. Meanwhile, we are wary of boiling water in a vertical tube, though heating to any temperature below boiling seems perfectly safe. Not sure what is meant by "the reality of vertical gradients when racking a vacuum tube vertically" 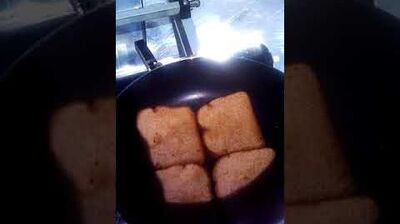 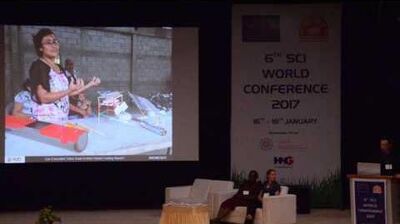