Some of the most familiar examples of institutional cooking have used Scheffler reflector technology to heat water to create steam for cooking. Installations at religous shrines, such as those at Tirupati and Shirdi in India, illustrate the prodigious cooking capability of this approach. The system at the Shirdi shrine uses seventy-three parabolic reflectors mounted on the kitchen rooftop, and prepares food for 20,000 devotees daily. It is in use over 300 days per year. The remaining days it uses the back-up wood fired boiler, which had been their sole source for cooking until January 2011.

Another example of concentrating parabolic reflector techinology is used at the Auroville Solar Kitchen, a collective kitchen for the Auroville community, an "experimental" township in the Viluppuram district, in Tamil Nadu, India. It serves lunch daily in its dining hall, and sends lunches out to schools and to individuals as well. It derives its name from the large Auroville Solar Bowlon its roof, which provides the steam for cooking on all the sunny days of the year. Back-up steam, if needed, is provided by a diesel fired boiler.

Institutional, or community systems, can also use large Parabolic solar reflectors to focus sunlight directly onto a cooking chamber, often with an integral grilling surface used with the Scheffler Community Kitchen.

A solar box cooker approach, scaled for community use, is offered by Sun Ovens International, and is called the Villager Sun Oven. Villager Sun Ovens are currently in use in fifty-five countries around the world. The primary use is for large scale feeding or for bakeries. The oven is capable of reaching temperatures in excess of 260°C (500°F).

There is an optional 150 piece Sun-Bakery package, enabling the creation of a self-sustaining micro-enterprise to turn out fresh baked goods, while creating jobs and eliminating the cost of fuel. Some schools use a Villager oven to cook lunches and then bake bread in the afternoon, which is sold to help generate additional income. 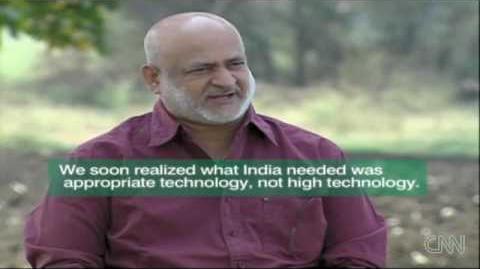