Photovoltaic cooking designs offer another approach to harvesting the sun to cook food. Instead of solely relying on the sun's direct radiation to cook, these systems use photovoltaic cells to create electricity to provide power to electric induction cooktops and resistance heating elements. Typically the energy is stored in batteries for use when needed.

Research has also been undertaken to test the cooking potential of a simplified system incorporating an array of diodes connected directly to photovoltaic panels.

Although the induction heating elements efficiently use electricity to directly heat ferrous cooking pots, their efficiency can be increased when combined with a well-insulated solar thermal cooker, or with using insulated cook pots.

Evacuated tube solar cooker designs provide a platform well suited to this hybrid approach. With the availability of an chargeable battery or phase-change thermal storage, this type of cooker makes cooking possible after sunset or in the early morning. 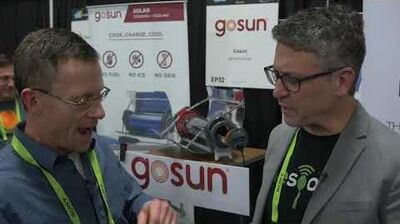