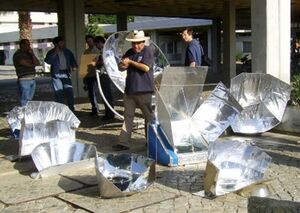 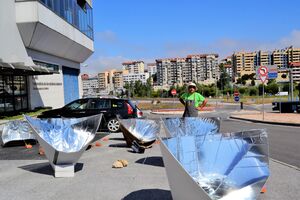 After my participation in the Solar Cookers and Food Processing International Conference (2006), I became "well contaminated with the virus of solar cooking." Before I did not use solar cookers, I was a little skeptical. During the last year I have tried to disseminate solar cooking, first in my region (at home, schools, restaurants, beaches, media) but also in other regions and in other countries (Brazil and Spain).

My participation at the Granada conference (2006) was the needed ignition to start. I have started with the solar CooKit that was given to me. Then a lot of experiences were done with different types of solar cookers, most of them of low-cost apparatus using recycled materials. During the solar cooking season 90 percent of my meals are cooked on solar cookers.

It was very intense and enthusiastic activity, and there were some things that did not run well. I'm very tired but I will try to "contaminate" others with "this solar cooking virus" next year. It is not easy. Many thanks for all of the speakers at the Granada conference and especially for Pedro Serrano. 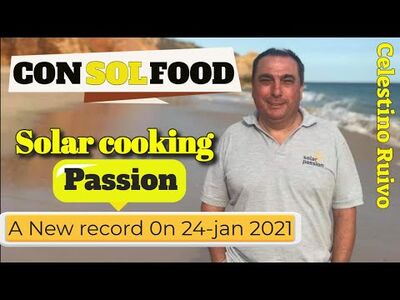