The Clean Development Mechanism (CDM) is a collaborative effort of nations growing out of the Convention on Climate Change (Rio, 1992), extended in 1995 in Berlin, and finalized into action in Kyoto in 1999. From 2000 onward, the CDM has functioned as a framework for cooperation between developed countries that need to reduce their greenhouse gas emissions and developing states, some of which are engaging in work to reduce emissions, literally around the world.

Nations providing financial support to those activities, even if not within their borders, are granted "credit" towards meeting their own emission-reduction goals. Only a portion of the required reduction of states party to the Kyoto Protocol can be met in this way, and strict criteria apply. The mechanism has substantial potential for the solar cooking movement. To take advantage of this opportunity, promoters must become substantially more knowledgeable about the potential, and the steps necessary to initiate such agreements. U.S. citizens are disadvantaged here in a sense, since the U.S has not chosen to sign the Kyoto agreement and hence American manufacturers have no legal obligation to reduce emission, (though common sense - and certainly most environmentalists - suggest they should be doing so anyway). 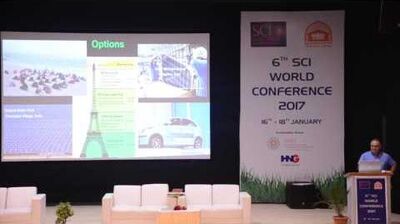