The Copenhagen Solar Cooker Light is a small, compact, inexpensive solar panel cooker made from durable, reflective vinyl covered panels . The cooker is also available as an easily assembled kit containing four flexible vinyl panels, four clips and two base plates and a sturdy bootlace from Sharon Clausson. The panels are held between the base plates with the bootlace threaded through holes in corners, and clip to each other to create the panel cooker shape. Because the cooker is held only with clips and a sturdy bootlace, disassembly is easy. The panels then stack neatly, making this cooker quite portable.

The designer states that the curved shape of the cooker is more stable than typical panel cookers in windy conditions. For best results, the cooker is meant to be used with a dark pot with a glass cover, to reach temperatures of 150 - 190 °C (302 - 374 °F). An oven bag can be used around pan in cold weather.

The panels can also be laid flat for use as place mats. Sit a lantern inside to reflect more light at night.

To purchase a kit for USD 49.99, contact Sharon Clausson. 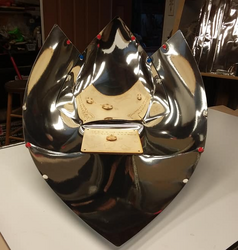 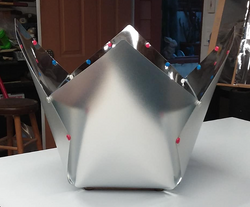 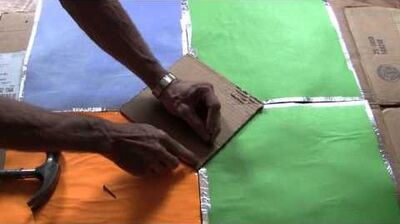 "I consider the Copenhagen Solar Cooker Light as one of the best simple solar cooker designs that I have come across. I admire its simplicity, compactness, adjustability as well as its amazing cooking power despite its small size. The inventor, Sharon Clausson, did a wonderful job with the cooker design. In this writeup, I would like to introduce an alternate base plate, which will result in an improvement to the cooker’s assembly time from 15 minutes to a minute and disassembly to less than 10 seconds. With this alternate base plate, there is no more worry of the bolt or nut getting lost when you bring your Copenhagen Solar Cooker Light with you on your next hiking or camping trip." 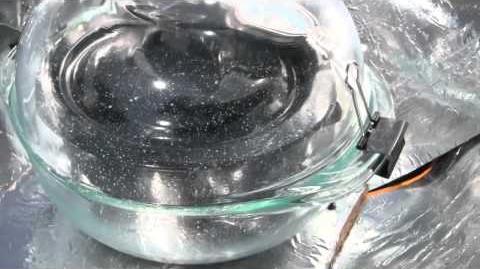 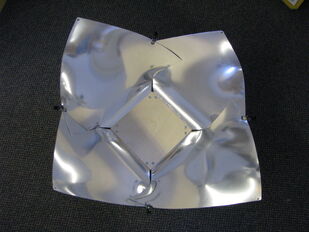 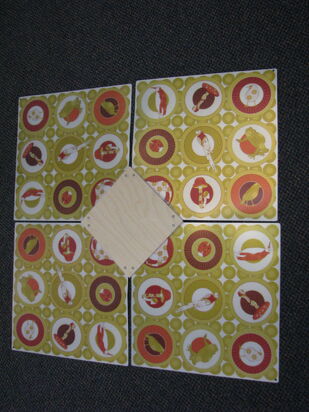 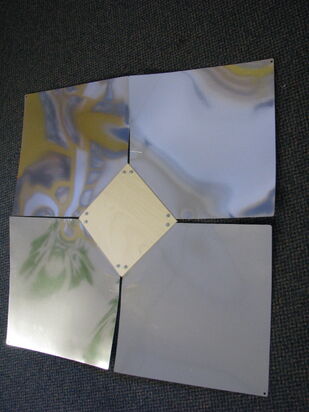 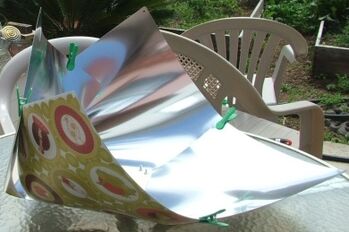 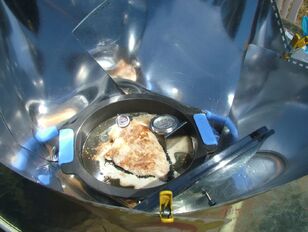 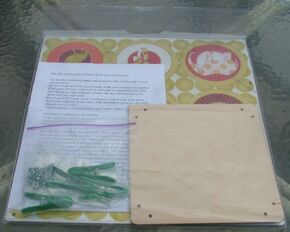 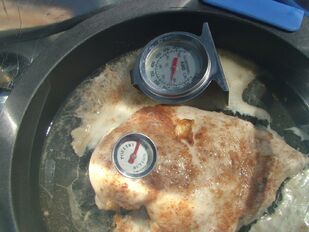 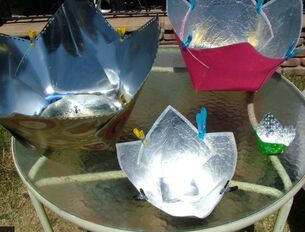 Sharon Clausson has made available instructions for making this inexpensive (less than $5 USD) version of the Copenhagen Solar Cooker Light. It can be found at Purple Fig Solar Cooker