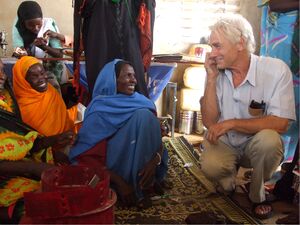 Derk Rijks is a volunteer with the KoZon Foundation. He has worked extensively in the Darfur refugee camps in Chad with his organization, Tchad Solaire. Dr. Rijks is an engineer with Agrometeorological Applications Associates in France.

Derk Rijks can be contacted also through Tchad Solaire.