The SK line of solar cooker focuses the light onto the bottom of the cooking pot, which is well within the outline of the cooker so that there is no danger of fire or eye damage, which might be the case with a cooker with a longer focal length.

Together with his wife Imma, who is one of the most experienced solar cooks worldwide, he has helped EG-Solar and many other organizations over the last 30 years. Dieter also designed the solar cooker AlSol 1.4 for his friends of the Spanish organization alSol.

Imma developed several new applications for the parabolic solar cooker (see photo). She has also written a cookbook where she gives practical hints in five languages explaining, for example, her technique of baking, conserving fruits, and producing juices. The couple also promotes the use of these durable, powerful, high-quality solar cookers used in conjunction with simple heat-retention cookers.

In 2015 Dieter developed the Ben 2 and 3 Firewood Stoves which currently (November 2015) are being tested in Nepal, Nigeria, and Tanzania. More than 100 families affected by the earthquake in Nepal received Ben 2 stoves from the Center for Rural Technology, Nepal, who adapted and produced the stoves. The documentation of Ben 2 and Ben 3 stoves provides enough information on producing the stove as well as fabricating the tools of production so that this can become an open source project.

In all of his designs, Dieter follows the principles of Appropriate Technology or Perma-Technology, i.e. improving living conditions; not causing harm; long lasting; totally recyclable; affordable; easy to produce, to operate and to maintain; and generating local income and/or savings to the households). Dieter has presented his proposals How to Overcome the Firewood Crisis and About the Peace-Making Effects of Solar Technologies at EG-Solar conferences in Altötting and at the InterSol conference in Salzburg. 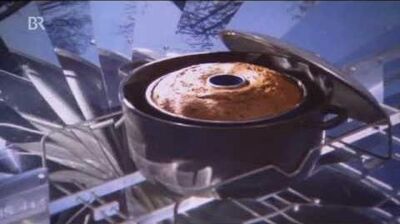