See also: Global Calendar of Events and past events in Dominican Republic 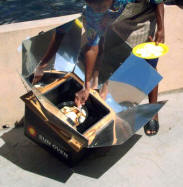 For some years, Sophie Jakowska, an associate of the World Conservation Union, has demonstrated the use of solar cookers, in connection with children's exhibits at a new national park. The cookers generated much enthusiasm. Another individual has created a small organization, Estufas Solares Dominicanas, in several towns, with the purpose of demonstrating and promoting cookers. No large-scale project in the nation has been reported. 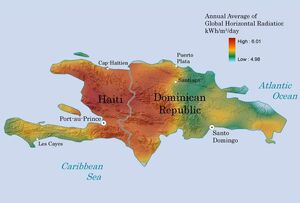 The entities listed below are either based in Dominican Republic, or have established solar cooking projects there: