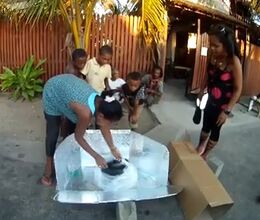 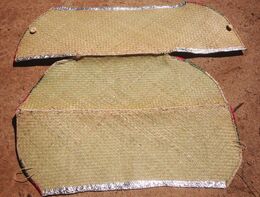 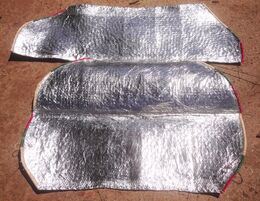 Reflective material is laminated to the inside.