See also: Global Calendar of Events and past events in Eritrea 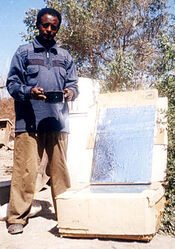 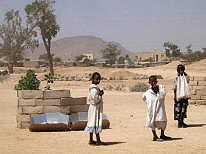 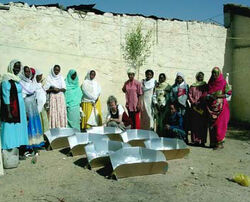 When this nation became an independent state following a long war with Ethiopia, an organization known as A.K. Lilu Alternative Energy Research was formed. The founders are inventors and manufacturers of solar cookers in that new nation. Little else is however known about their sales or programs.

Participants in the 2001 Shell Oil sponsored electronic dialogue on household energy and health were informed that the Department of Energy of Eritrea had however, engaged in a project promoting the use of fuel efficient stoves in that year. Studies had shown the inefficiencies of traditional bread baking methods and the loss of energy in charcoal making, as well. Therefore, what appears to have been a successful program to change long held habits had been instituted in a pilot area, then expanded to a larger number of villages, auguring well for promotion of additional renewable technologies.

The entities listed below are either based in Eritrea, or have established solar cooking projects there:

Retrieved from "https://solarcooking.fandom.com/wiki/Eritrea?oldid=117328"
Community content is available under CC-BY-SA unless otherwise noted.