Solar Cooking
Register
Don't have an account?
Sign In
in: NGOs, Manufacturers and vendors, Rio Grande do Sul,
and 2 more

Fogão Solar, or "solar cooker" in Portuguese, was founded by Elmo Dutra, Eng, MSc, professor and researcher in solar energy since 2000, with particular interest in solar cooking. He works in Brazil with his students to create new projects, and also offers solar cookers from other manufacturers for sale through his website.

His Fogão Parabólico cooker is a 2011 addition, and is now offered for sale. It uses four recycled plastic panels, covered with Mylar film, for the reflector. 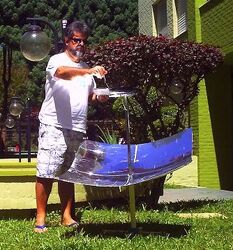 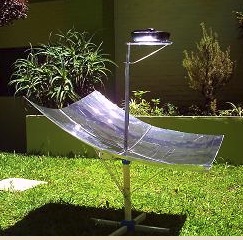 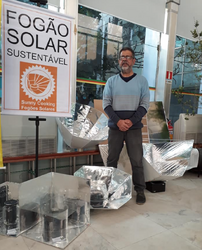 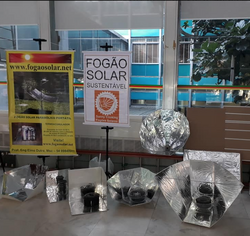 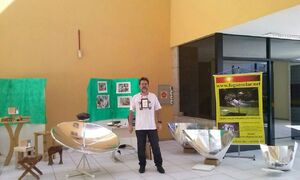 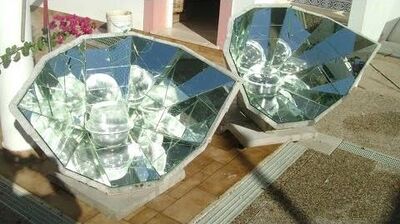