"It is common practice for the refugees who solar cook in Africa to tie their CooKits to rocks with strings as well as placing ricks in the flat surfaces of their CooKits to prevent them from being blown away by strong gusts of wind.

A simple cardboard wedge is placed inside the cooker to keep the cooking pot as horizontal as possible when the cooker is repositioned to a different pitch angle.

Constructing the cooker starts with a cube shaped cardboard box, that has a side dimension equal to twice the diameter of the cook pot to be used. Read more about assembly below. 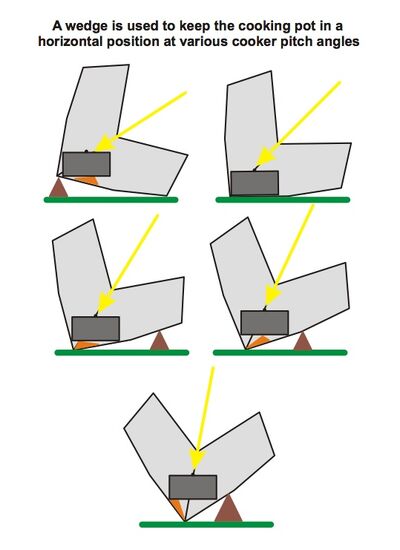