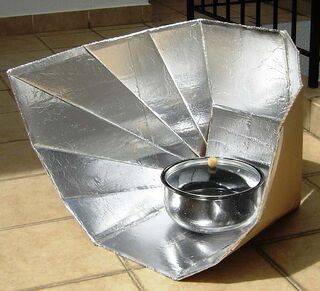 Teong Tan's rationale for designing this cooker is the following: The Funnel solar cooker is very efficient in capturing sunlight with its 60° conical reflecting surface. However, it has an unstable shape that makes it difficult to keep the cooker and the pot in position. Also, it is not possible to fit a regular-size cooking pot into a regular-size Funnel cooker because of limited space at the lower end of the cooker. The Fun-Panel retains the very efficient conical reflecting surface of the Funnel cooker but eliminates its disadvantages.

This is a very good design to build in construction workshops. Please see Fun-Panel Class Handout.

[Note that Teong Tan has recently released an improved design for this cooker. To see the updated design, see Fun-Panel 2 Construction Plans.] 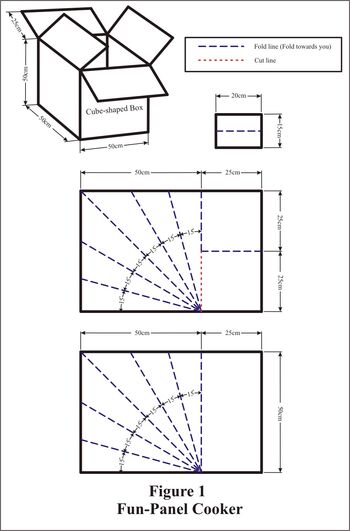 The construction materials required for a Fun-Panel cooker are simple and low cost. Teong made his cooker from a used cardboard box that measured about 50 cm (19.7 in) on all edges. If you use a box with different dimensions, just modify the design to suit your box. One cube-shaped cardboard box has enough material for two Fun-Panel cookers. If only a rectangular-shaped box is available, you can cut the side panel to make it square. 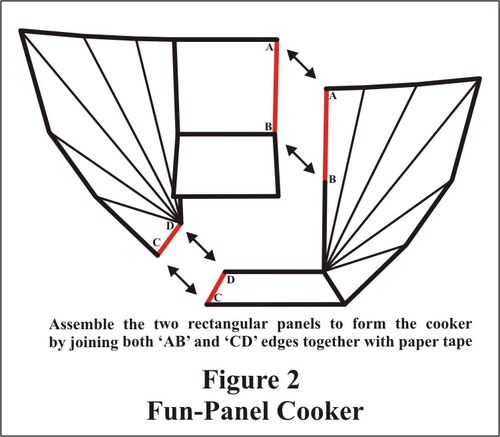 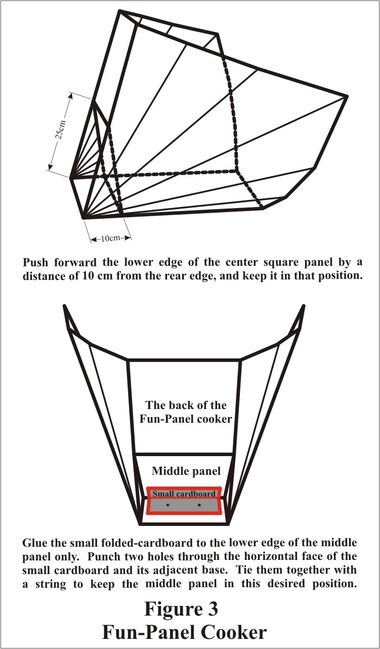 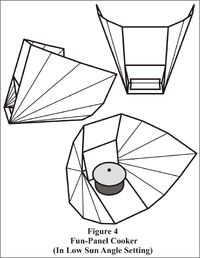 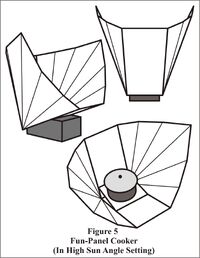 With a rising sun angle (between 50 and 70 degrees), flip the cooker around so that the square panel in the middle of the cooker is now horizontal, and place the cooker on top of a small box. (A box 12 to 15 cm high, or 5 to 6 inches, is now required, as shown in Figure 5.)

The pot and plastic bagEdit

The Fun-Panel cooker is also capable of cooking without the plastic bag enclosure if you have good sunshine. A test in Singapore without the use of a bag recorded a maximum empty pot temperature of 130 °C (266 °F). The four-liter pot used had a clear glass lid. The cooker was set to the high sun angle setting, and the sun's angle was 55 degrees when the temperature was taken.

A large rock can be placed on the back shelf to help stop the cooker from blowing away on windy days. If more wind stability is needed, tie a string to each upper corner of the reflector wings (~5 cm, or two inches, in from each edge). Then tie the strings to stakes in the ground or heavy objects such as a rocks, bricks, etc.

Some users have found that positioning the reflector can be helped by attaching a string between the upper corners. 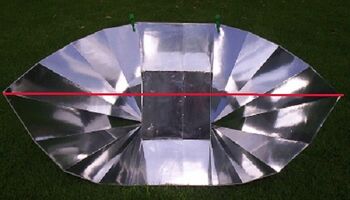 In 2009 Celestino Ruivo developed a Fun-Panel in concrete using mirrors for reflecting the sun rays to the pot. To make the greenhouse effect he used two recycled windows of clothes-washing machines instead of a plastic bag. This model is working now during winter time—no problem with rain and wind. It is easy to clean and it is very heavy and thus theft resistant. The Fun-Panel solar cooker in concrete with mirrors is durable and can last many years. It can be a good alternative to a solar CooKit whose service length may only be several months. In African countries, this kind of solar cooker may also be constructed locally. 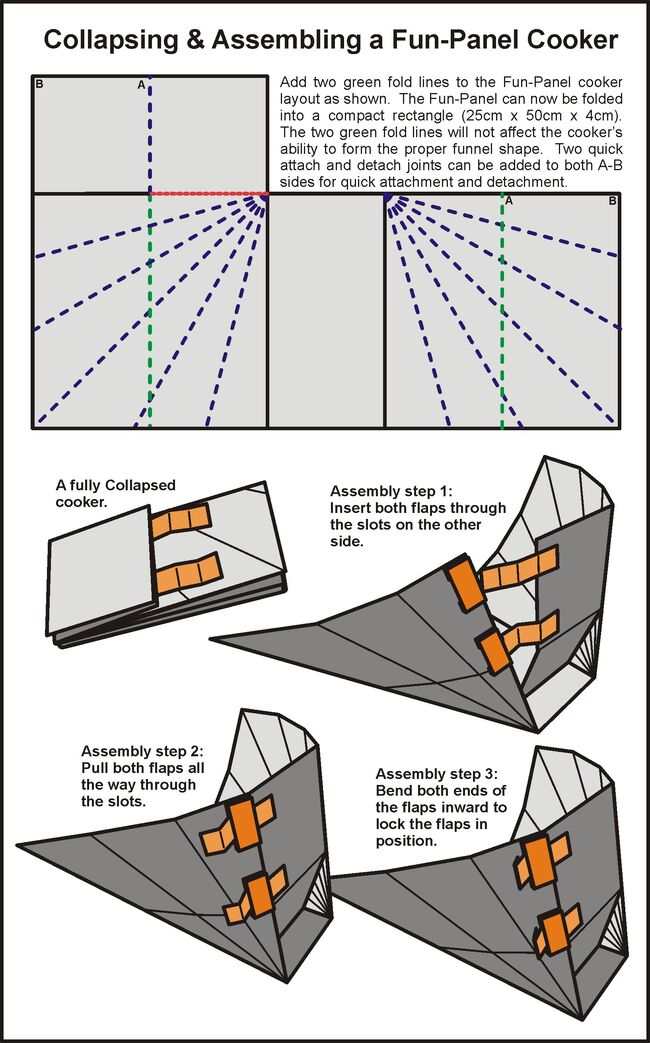 Retrieved from "https://solarcooking.fandom.com/wiki/Fun-Panel?oldid=121194"
Community content is available under CC-BY-SA unless otherwise noted.