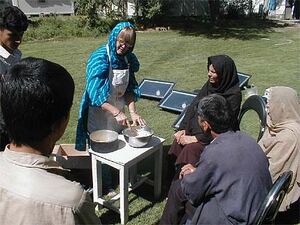 Grace Magney has been involved with solar cooking since the early 1980s. She and her late husband Gordon have been instrumental in providing over 20,000 solar cookers to the Afghanistan region. Since 2005 they have been working with Global Hope Network International there. 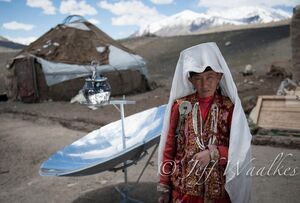 Retrieved from "https://solarcooking.fandom.com/wiki/Grace_Magney?oldid=124799"
Community content is available under CC-BY-SA unless otherwise noted.