Edit
watch 01:54
Obi-Wan Finale - The Loop
Do you like this video?
Play Sound

See also: Global Calendar of Events and past events in Haiti 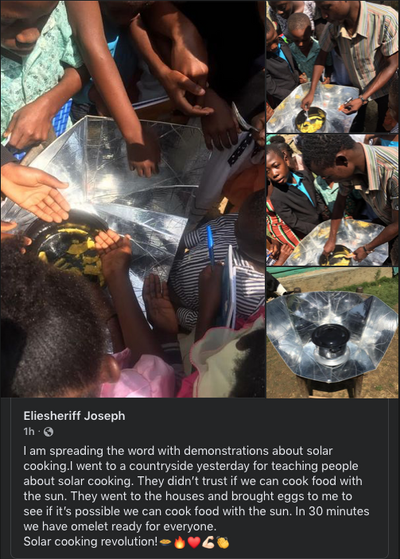 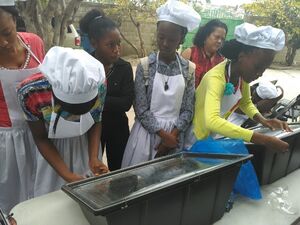 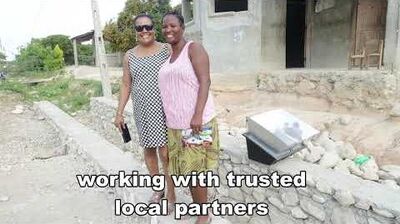 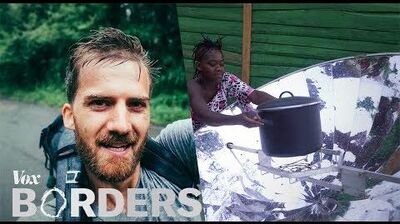 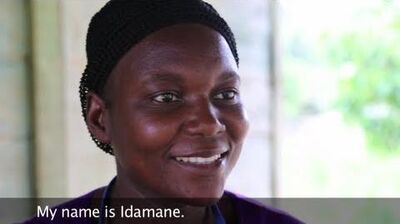 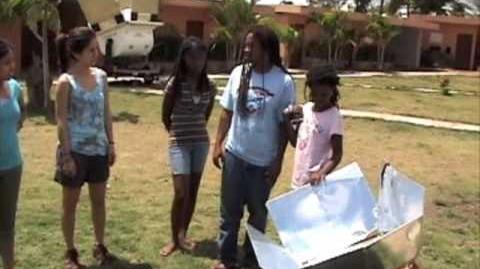 Early work with solar cooking in Haiti was done by a Canadian organization, Communities in Partnership, a charitable group founded in 1984 in Powell River, British Columbia. Their work, in turn, was inspired by a 1977 feasibility study in Haiti, accomplished to assess the suitability of the county from a climatic/insolation perspective. This work of Dr. Tom Bowman, James Sharbar and Joel Blatt focused on factors of the weather in the different parts of Haiti. They measured insolation in more than a dozen areas, some at different seasons of the year. Without providing all of the detail of their research, the document's overall conclusion was that good solar cooking conditions, generally speaking, existed in Haiti, with, as everywhere, seasonal and some regional variations, probably enabling families to save at least half of their fuel costs.

The original Canadian partnership was with a small community called Saint Marc, but later the program expanded to a number of communities in Haiti. They began by building solar cookers jointly with residents of Saint Marc, and were preparing to start an ambitious pilot project when a major coup interrupted normal life in Haiti (1991). In that disturbed time, the Canadians decided to turn their efforts to a survey of all solar cooking activity in the country. They had heard bits and pieces of other small projects but had no overall picture of the situation. In the next months, they devised a questionnaire that was sent to over 30 locations in the country where solar cooking had been tried or demonstrated. Thus, while the information is now dated, a picture does exist (even if admittedly not complete) of what was a substantial portion of solar activity in the country at the time.

The conclusions of this study proved to be difficult (or impossible?) to summarize numerically, but excerpts from the reports received give the flavor of work in a wide range of communities, allowing some generalizations to be made. Short reports are provided from 19 of the 30 communities surveyed. Key figures in solar promotion in this country included the Brace Research Institute of McGill University, a number of religious organizations, the Canadian Communities in Partnership group, a number of individuals, and one enterprise promoting a particular cooking model.

Commonalities and differences were seen in the reports. A variety of cooker designs were in use: the solar box cooker (the most common), a steam cooker, and parabolic cooker, all in a variety of materials, wood, cardboard, and metal. Two different approaches were seen, one believing that uptake would be higher and longer lasting if people made their own cookers, investing their own time and energy. Other disagreed and felt that efficiency, perhaps more certain with a manufactured product, was more important than the "ownership" conveyed by self-building. Strong and regular usage was fairly rare, despite the extreme need. The various groups were not working together for the most part, thus not maximizing their learning from one another's' experiences. Need was everywhere great, but cost of the cookers was nearly prohibitive for many.

Two additional resources in Haiti in the early days of solar promotion were: the solar cooking resource center, created in the Haitian-American Institute by librarian Eleanor Snare and, in 1992, a first Haitian National Solar Cooking Conference held in Port-au-Prince. In that same period, a number of Haitian solar cooks traveled to other solar cooking conferences, regional and worldwide.

Since the early years, a range of sporadic attempts continues the good beginnings of the earlier era. The country has however continued to experience political unrest, always hampering any development efforts. Nonetheless, efforts at promotion have continued. The Free Methodist Church of Haiti, located in the capital Port-au- Prince, has worked diligently, despite personnel changes, at solar promotion. Over the years, they have distributed over 1,000 solar cookers, primarily of the panel variety, the least expensive version available today. To help with follow-up, they have formed committees of solar cooks in several towns.

The Rotary Club of Brookings, South Dakota, U.S.A., along with other clubs in its Rotary district, have joined Solar Oven Partners, a cooperative project with the United Methodist Church. The collaboration began in 1998 and by December of 2002, the project had distributed more than 300 ovens (on a subsidized basis) and trained 2,500 Haitians to use them. An on-site infrastructure is being organized, working with the Methodist Church of Haiti. Using a basic philosophy of "empowering people through self help", the Rotarians and Methodists were continuing the long tradition of "harvesting sunlight" in this nation. Deforestation here is already at an extreme stage, hence need continues to be great.

A long time advocate of solar cooking in Haiti, Jack Anderson (an early Communities in Partnership leader), has tried a range of dissemination methods, employing "animatrices" or extension workers initially, then re-conceptualizing them as small-scale entrepreneurs. His knowledge of Haiti is extensive, but political events have continued to make efforts very difficult. In the last project described below for Haiti, Jack has played an important role in yet a different method of promoting solar cooking.

That most recent addition to the range of solar offerings in Haiti is structured differently from its predecessors. In this instance, a business, Sun Ovens International, began operating within the country, using a very interesting distribution mechanism. As described on the Sun Oven website (http://www.sunoven.org)> the plan included a number of components.

The project selected 500 women in one area of Haiti for initial training in solar cooking, using the cardboard panel cooker called the CooKit. This device served as a teaching tool as participants were requested to keep records of their cooking attempts, results, and fuel savings for a period of three months. Those who proved to be regular users of the CooKit turned in their logs, along with an account of the money they have saved, to obtain a SunOven, sometimes thought of as the "Cadillac" of box cookers. Initially, Sun Ovens International established an assembly plant in Haiti, in which U.S. manufactured components will be put together in country (and perhaps even for export?)

When demand justifies, a full scale manufacturing plant may be established that can serve the needs of the Caribbean basin for this top of the line solar cooking model. (A similar plan is in effect for Ethiopia) It is too soon to know how this will progress, but it was clearly an interesting and unusual tactic for promotion.

The activity was at least partially supported by a loan from the Overseas Private Investment Corporation (OPIC) and from the U.S. Agency for International Development. Sun Oven owner, Paul Munsen, was honored at the United States House of Representatives with the award of the U.S. Department of Commerce's Export Achievement Award for their innovative work in Haiti. Given the desperate situation of the forest situation in Haiti, combined with favorable insolation in most of the country, the country will remain a prime candidate for solar cooking promotion. 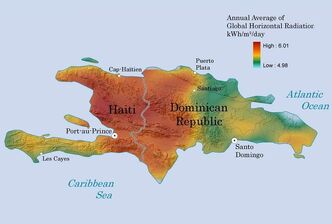 Solar Cookers International has rated Haiti as the #18 country in the world in terms of solar cooking potential (See: The 25 countries with the most solar cooking potential). The estimated number of people in Haiti with fuel scarcity in 2020 is 3,100,000. An average Haitian family spends USD 2.30 per week to purchase charcoal.

Jack Anderson has confirmed that very little wood was used in the construction of buildings in Haiti, which means that there isn’t much wood in the rubble to use for cooking after the earthquake. That must make the need for cooking fuel even more acute. Before the quake, more than 90% of all the energy used in Haiti was for cooking fires, mostly in the form of charcoal.

"The most successful model we have found in Haiti is to have women go through training on how to make a CooKit. We found much greater success when the women made them due to the pride they took in making it themselves. The readymade CooKits are less expensive and much less hassle than bringing in cardboard, glue, and foil but we found the pride factor to be worth the additional cost and effort.

The training sessions where 3 hours a day for 3 days and included lunch. The first two days the lunches were cooked in Sun Ovens so the women could see how much faster the food cooked. The last day the food is cooked in the home made CooKit. Part of the training is to teach the women to keep a log on how often they used the Cookit, how much charcoal they saved and how much money they saved not buying charcoal. At the end of 90 days they turn in the log as a down payment on a Sun Oven and pay for the Sun Oven out of the charcoal savings. (See Microcredit.)

We have distributed approximately 400 Sun Ovens in Haiti using this system. In most countries we try not to start projects in areas where CooKits had been introduced in the past because we have found it much easier to start with Sun Ovens than to overcome negative ideas about CooKits. We have found that if the women do not pay something for the Sun Ovens they most likely will not use them beyond the time that the person who gave it to them is around. We have found the most important factors to be the percentage of household income spent for cooking fuel and how we get women who live one day at a time to understand how much money they can save by not buying charcoal."

"Haiti burns over 400,000 tons of charcoal annually (USAID 2011); that amount translates to over 4,000,000 tons of trees destroyed since it takes 10 tons of wood to produce one ton of Haitian charcoal (ESMAP 2007). Regional environmental studies in Haiti, including Ghilardi, et al 2018, have confirmed that the Haitian charcoal industry has a destructive effect on the trees of Haiti. However, these studies have neglected to discuss the health effects of charcoal cooking. International studies that explored the negative health effects of biomass stoves, including Mortimer, et al 2016, have focused on PM2.5 emissions. Charcoal stoves also release CO emissions in dangerous concentrations (WHO 2014)."[1]

The entities listed below are either based in Haiti, or have established solar cooking projects there: