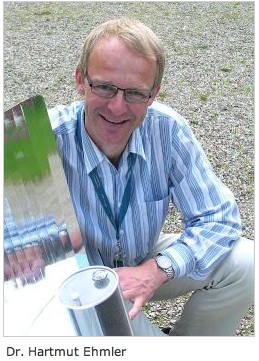 Besides using the Lightovens, he also cooks with a Global Sun Oven. He began teaching solar cooking in 2010, and he has taught 150 people to solar cook up to the summer of 2014.

Retrieved from "https://solarcooking.fandom.com/wiki/Hartmut_Ehmler?oldid=117957"
Community content is available under CC-BY-SA unless otherwise noted.