Solar Cooking
Register
Don't have an account?
Sign In
in: Introduction to solar cooking, Candidate for revision, Curated pages

Aside from the general information below, some specific information is available for each country. To see solar cooking history by country, first choose a country.

An odd antecedent of the current solar cooking movement is the story of what Buti and Perlin call "the burning mirror" (1980, Chapter 3). Greeks, Romans, and Chinese all explored the use of curved mirrors, which they found could concentrate the sun's rays in manner that would cause nearly any object to explode in flames.

Interestingly, the use they perceived for this device was military - could they focus the burning mirror, as example, on an enemy warship? Burning mirrors were also used for less venal purposes, such as lighting altar fires and torches for sacrificial parades, but almost no other applied use was found. The idea, now seen in concentrating solar cookers, is in use in many parts of the world today.

A more direct route to solar cooking came from extensive efforts to harness the sun for horticulture. Though found in Roman times in wealthy households, not until the sixteenth century (Buti and Perlin, p. 41) did glass become common and cheap enough to be used for horticulture. Travel and trade on a global basis had seen the transport of tropical plants and fruits to northern countries, creating a desire for these products, which could not be raised in northern climates. First the Dutch and Flemish, then French and English built greenhouses for this purpose, heated only by the sun. Substantial horticultural activity focused on tropical flora and food crops, all raised under glass, in greenhouses huge in scale. Using southern exposure and insulation as needed, the greenhouse movement later inspired the use of "conservatories" or "sun rooms" in homes, as well.

The principle of the greenhouse, the so-called "solar heat trap", was further utilized in what is thought of as the very first attempt to use solar energy to cook. Many scientists of the era, and laypersons as well, knew about the use of glass to trap heat, but Horace de Saussure, a French-Swiss scientist, wondered why that commonly understood phenomenon had not led to additional applied use. In 1767, he built a miniature greenhouse with five glass boxes* one inside the other, set on a black tabletop. Fruit placed in the innermost box cooked nicely - and a new technology was born (Buti and Perlin, p. 55). De Saussure continued his experimentation, using other materials, adding insulation, cooking at different altitudes, etc. This European scientist, exploring solar energy nearly 250 years ago, is widely considered to be the father of today's solar cooking movement. Others followed his lead, including the Briton, Sir John Herschel, and American Samuel Pierpont Langley, later head of the Smithsonian, both of whom conducted experiments with the hot box, the forerunner of today's box cooker, probably still the most common design in use.

A French mathematician named Augustin Mouchot, working almost a century later, was eager to ensure that the learning of the past not be lost. He was more interested in practical application than in the number of interesting but not very useful solar devices which were appearing, using the newly discovered potential of the sun (whistles, water movers, talking statues, etc.). He began a search to use the sun's energy efficiently enough to boil water for steam engines, a venture that was not successful. His second project was more successful; he combined the heat trap idea with that of the burning mirror, creating an efficient solar oven from an insulated box, which when further modified by adding reflecting mirrors, even became a solar still. Eventually, he did create an effective steam engine, but it was too large to be practical; he turned back then to the cooking challenge and developed a number of solar ovens, stills, pumps, and even electricity. His work was however short circuited by the advent of improved coal mining methods and hence lower cost fuels. His work, also, was caught in the situation of replacement by cheap fuels, rendering solar usage unnecessary and thus impractical for the time.

Late in the 19th century, other pioneers in the development of solar thermal (heat generating) technologies include Aubrey Eneas, an American who followed up on the work of Mouchot and formed the first solar power company, building a giant parabolic reflector in the southwest USA. Frank Shuman formed the Sun Power Company in Cairo to promote a solar driven water pumping system, and later a parabolic concentrator generating electricity. Other solar innovations have followed: motors and engines, hot water heaters, photovoltaic lighting, even crematoria. But throughout history, as in Greece and Rome and the Mouchot story, progress has repeatedly been interrupted by fluctuations in availability or cost of alternative fuels for all the above purposes.

More recently, Amory Lovins, writing in a Forward to the Buti and Perlin book, reminds us that today ..." we speak of "producing" oil as if it were made in a factory; but only God produces oil, and all we know is how to mine it and burn it up. Neglecting the interests of future generations who are not here to bid on this oil, we have been squandering in the last few decades a patrimony of hundreds of millions of years. We must turn back to the sun and seek elegant ways to live within the renewable energy income that it bestows on us" (p. ix). He goes on to advise that countless earlier cultures have experienced dwindling fuel resources and then were forced to rediscover earlier knowledge about practical solar energy, "bemoaning the absurdity of having to rediscover and reinvent what should have been practiced continuously" (p. ix). This document hopes, in some small way, to prevent that scenario from happening yet again.

In the early 1900s, a number of buildings designed to take advantage of solar energy were constructed, using heat trap principles, but were soon forgotten, then revived in the 30s when several largely solar heated office buildings were constructed. Double- paned glass assisted with heat retention. World War II intervened, but after the war, the need for housing exploded, leading to new attempts, including solar collectors on roofs.

The contemporary solar cooking movement began in earnest in mid-century, with a few isolated attempts to create interest in the technology. In the late 1950s, a major personality, no longer well known to most, was the M.I.T. scientist, Maria Telkes, whose work on solar cooking occurred in the context of her professional activities in the housing field, particularly in using solar thermal energy to heat buildings. That interest led her to construct a classic box cooker, an insulated box of plywood with an inclined top of two layers of glass (with a small airspace between them) and four large flared reflectors. The design is used, in infinite variation, to the present day. (See appendix section on devices for diagrams of this and a number of current cooker models).

George Lof, a former director of the Industrial Research Institute at the University of Denver, Colorado, was also an early pioneer of solar-powered techonolgy, including solar cooking. In the 1950's, he experimented with a parabolic solar cooker design that he dubbed the "Umbroiler" because of its umbrella-like structure. He marketed the design, but it was a commercial failure for the times.

After that period, the years of the latter half of the 20th century show a number of individuals and groups experimenting with, demonstrating the potential, and conducting small and large projects using solar cooking devices. As early as 1955, a group of individuals in Phoenix organized themselves into an Association for Applied Solar Energy and held their first conference. Ultimately the group was the foundation of the American Solar Energy Society and its international counterpart, the International Solar Energy Society. Growing fuelwood and other energy shortages, coupled with expanding populations in China and India, encouraged governmental research on alternatives in the 1970s, with China holding its first seminar on solar cooking in 1973. [[China] began distribution of subsidized cookers in 1981. Additional impetus for investigating the potential of solar energy came from the oil shocks of that era, with considerable experimentation in both Europe and the U.S. as well as in Asia. The ULOG group in Switzerland and EG Solar in Germany, as well as Solar Cookers International in the U.S., have origins in the 1980s. Also in the 80s, an Arizona woman, Barbara Kerr, with other colleagues, continued to develop solar cooker models, to test their efficiency, to experiment with various materials, and to promote the technology. In 1980, Barbara Kerr and a neighbor, Sherry Cole, designed a cardboard box cooker "kit" that could be largely built by a customer, and was highly valued by those who purchased one. This work of these two women inspired the formation of Solar Cookers International. A few years later, the organization, again with the technical assistance of Barbara Kerr, pioneered the introduction of a different type of cooking device, the panel cooker, a hybrid between box and parabolic. This invention was a breakthrough, as it was less expensive and thus able to serve the needs of the world's poorest inhabitants.

One might say that the founding of Solar Cookers International on July 11 *, 1987, was the beginning of an effort to link solar cooking promoters everywhere in the networking sense, since its intent was largely educational and networking. Coincidentally, on that day the United Nations declared that the world population had reached five billion people (just 13 years after it had reached four billion). The new organization declared then that at least one billion persons could benefit from knowing how to cook with the sun. Obviously, the organization has been required to up its goals routinely, as the world's population has continued to burgeon, to well over six billion in 2004, meaning that today the target group is over two billion.

Of some historical interest is the fact that before the founding of SCI in 1987, a major demonstration of solar cooking was supported in the Bolivian highlands, an area where wood was already scarce. Two organizations, the then Pillsbury Corporation and a non-governmental organization called Meals for Millions, jointly sponsored demonstrations of cooking and later taught villagers how to build ovens with local materials. In 1988, Pillsbury, in cooperation with Foster Parents (now Save the Children) sponsored a similar project in Guatemala. These projects were among the early nation-to- nation projects, starting a long stream of such projects around the world that continues to flow today.

Since that time, numerous other organizations have been formed to sponsor projects and promote solar cooking activity. Their work, as known from written documentation, is detailed in the chapters, which follow. This thumbnail sketch is only a small part of the history, much unknown even to solar cooking supporters, of the many men and women who have caught a glimpse of the potential of the sun to cook food and have attempted over the centuries to spread that knowledge to others who can benefit.

Information for this article was taken originally from State of the Art of Solar Cooking by Dr. Barbara Knudson. 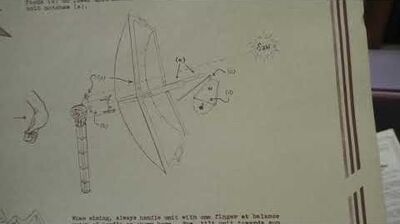