Inti Illimani is a nonprofit association in Bolivia that facilitates public access to solar cooking, particularly to disadvantaged sectors of the population. Inti Illimani was created in 2009 with support from Bolivia Inti-Sud Soleil. As of 2012, they had constructed and distributed about 6000 solar cookers in conjunction with Bolivia Inti-Sud Soleil. 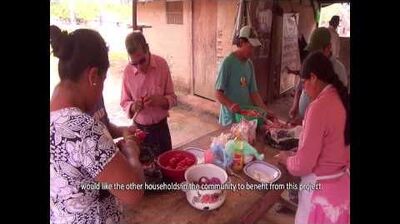 Retrieved from "https://solarcooking.fandom.com/wiki/Inti_Illimani?oldid=125446"
Community content is available under CC-BY-SA unless otherwise noted.