The Japan Solar Cooking Association was founded in 2005 to promote solar cooking in Japan and overseas, by providing information on many types of solar cookers, and their construction and operation. This effort has also included information on the newly manufactured Japanese Parabolics.

JSCA often holds workshops to teach people how to make and use solar cookers, and participates in a number of ecological fairs demonstrating solar cooking. They have taught approximately one thousand people to solar cook, and about forty to be solar cooking teachers, working in Japan and Kenya. They have also worked in Tanzania. 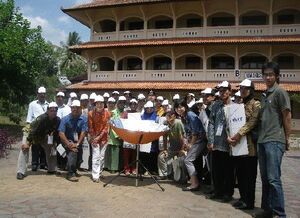