The Solar Cooker Project (suspended in September 2015[1] and confirmed in summer of 2016 that it is unlikely that the project will be revived), a refugee relief project of Jewish World Watch, is committed to protecting refugee women and girls from rape and other forms of violence. Women and girls who have fled the genocide in Darfur, Sudan are particularly vulnerable while performing the critical task of collecting firewood for cooking. The Solar Cooker Project of Jewish World Watch reduces the frequency of these heinous crimes by providing women in refugee camps with an alternative cooking option: the solar cooker.

Over 288,000 Darfur refugees live in 12 camps on the Chad side of the border with Sudan. Camps have an average of 20,000 people, mostly women and children. The camp is located in an arid area nearly devoid of vegetation, but with abundant sun. Basic food supplies are provided by the United Nation's World Food Programme. The United Nations High Commissioner for Refugees (UNHCR) provides some firewood, typically enough for a week. For additional fuel, refugee women must venture outside the camp to collect firewood for cooking. To do the latter means risking rape and other egregious forms of violence by militias and local Chadians.

The program contains an economic development piece, with refugees earning income by making a simple solar cooker, called the CooKit, at workshops in the camps. Made from cardboard and aluminum foil, the hand-assembled CooKit lasts 6-9 months with regular use despite the windy conditions. Each CooKit cooks tasty nutritious meals with a few hours of free, renewable sunshine and saves one ton of fuelwood each year. Refugee women are also paid to train others in solar cooking. After a day of instruction by a trainer on how to use and care for CooKits, refugee families receive two CooKits, one to cook the staple grain and one for the accompanying vegetable or sauce. Larger families receive additional CooKits that provide additional cooking capacity.

The project started in 2005 through a partnership between Solar Cookers International (SCI) and KoZon Foundation, both with extensive experience in disseminating solar cookers in refugee camps on the African continent. The project enables refugee families to solar cook, save money and reduce the risks associated with venturing out of the camp. Solar cookers provide a sustainable solution to meet the urgent need for cooking energy alternatives for Darfur refugee families. Jewish World Watch adopted the Iridimi Refugee Camp in May 2006 and became the North American fundraising arm for the project in March 2007.

Jewish World Watch is a project of a coalition of synagogues working together to mobilize synagogues, their schools, their members and the community to combat genocide and other egregious violations of human rights around the world. It is the mission of Jewish World Watch to:

The benefits of solar cooking for the refugees in these camps:

[The original text for this page was borrowed from www.solarcookerproject.org in February 2007. Updates have been added since that time.]. 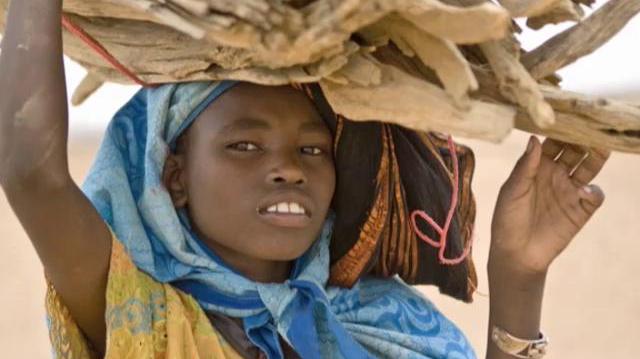