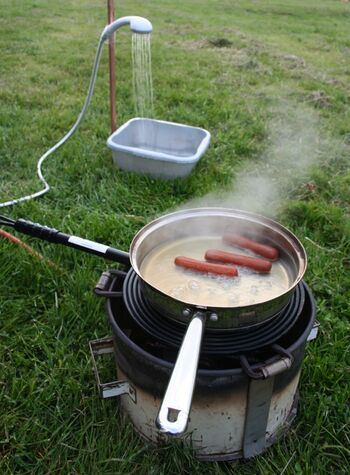 The Jompy Water Boiler, designed by David Osborne, is an innovation in the developing field of water purification for use in poor communities around the world. Traditionally the water is heated separately when cooking, by fuel fired stoves. Osborne, a plumber from Scotland, theorized that water purification could be integrated with cooking food over open flame stoves, as well as by using the sun's energy. By placing a an aluminum alloy coil between the flame and the cooking pot, water can be circulated across the top of the stove.

Cold water goes into one end, and thanks to the large surface area of the device it can be heated quickly to boiling point before it comes out of the other end. While it's being used, a normal pan can be placed on top of it to cook as normal, meaning that you don't have to use as much fuel. The device can also be used to heat water with the sun. Filling it full of water and leaving it out in direct sunlight should raise the internal temperature to about 80°C over the course of about 20 minutes. The hot, uncontaminated water that comes out can then be used to drink or to clean safely. An off-the-shelf digital thermometer can be placed into the output tube from the coil to monitor required temperatures for pasteurization.

The Jompy boiler weighs 700g and, over a fire, it can raise a liter of water every minute to about 86 °C -- hot enough to kill most of the bacteria that cause water-borne diseases such as cholera, dysentery and diarrhea. Rugged in design, it can withstand extended use. The device has been tested in Kenya and India earlier this year, and Kenyan president Mwai Kibaki has personally endorsed the Jompy, which is being rolled out around the country in supermarkets and through charities like the Red Cross. 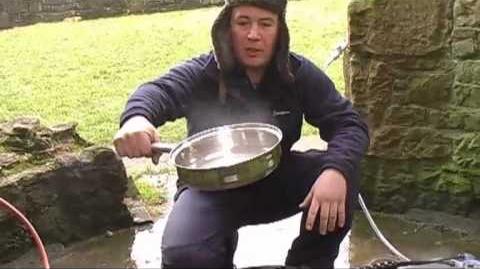 Retrieved from "https://solarcooking.fandom.com/wiki/Jompy_Water_Boiler?oldid=100686"
Community content is available under CC-BY-SA unless otherwise noted.