The Kimono Solar Cooker is a panel solar cooker invented by Matteo Muccioli, which has a self-supporting geometry. It is made up of two main optical groups fixed by means of a sliding pin that allows these to be adjusted and fixed in a relative position according to the angle of the sun in the sky.

The inclination of the two main optical groups also involves opening and rotating them, allowing the stove to radiate both from the upper part as well as from the sides of the receiver. The front mirror allows the sun's rays to be reflected from the front of the receiver.

The reflective panels can be made of different materials. Below, cardboard and plexiglass covered with reflective material are used.

At its maximum opening, the similarity with a Japanese Kimono is highlighted, from which it takes its name. 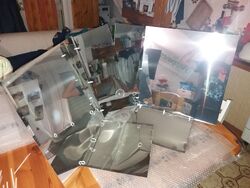 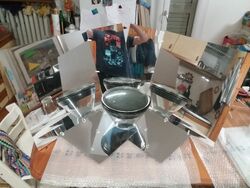 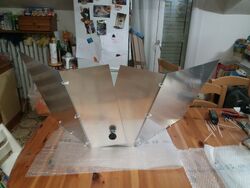 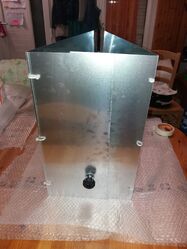 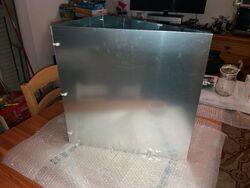 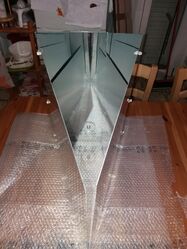 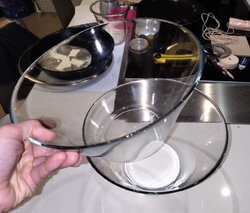 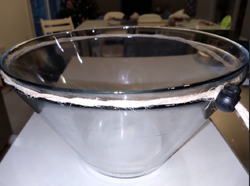 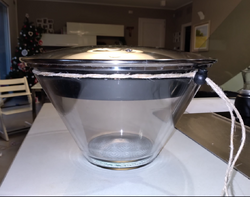 The cook pot and greenhouse is ready to go, Photo credit: Matteo Muccioli