The Kolamba Solar Cooker was designed in 2009 by Magnar Totland and Inventas in Kristiansand and with support of Innovation Norway. It is a conical cooker (not parabolic) with one single cone that can bring up to 4 liters of water to a boil within a few hours. Since it is neither a panel cooker, nor a parabolic cooker, its geometrical shape suggest a third category of solar cookers, a cone cooker.

Due to its design, it is stable and robust even with a reflector of only 0,15 mm thickness. It has a small supporting foil to support it from behind and a bottom plate to stabilize it. The weight of the two reflectors is about 300g and with a lightweigt bottom plate the whole cooker will not exceed 2 kg. With a total volume of 4 dm3 this means that up to 10000 units can be shipped in one 40ft container.

In 2010, it was issued a patent for its design. Its big brother is the Voukana Solar Cooker that has two cones witch in fact triple the total effect on the cooking pot. More information on the Kolamba Solar Cooker can be found on his networking webpage and on the company webpage, Heliso.com. 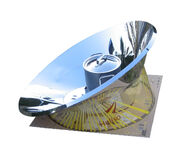 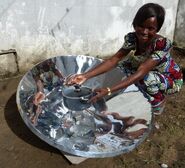 Unfolding and setting up the solar cooker 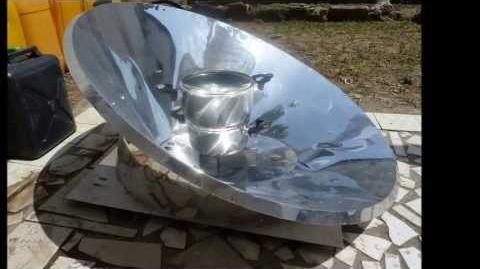 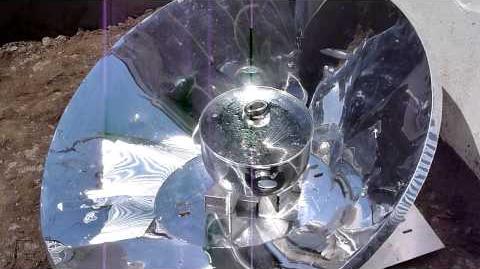