See also: Global Calendar of Events and past events in Malawi 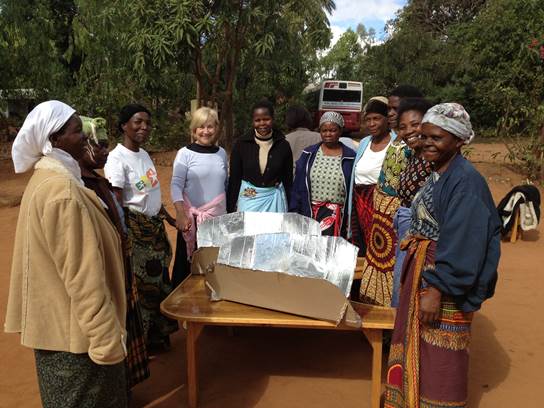 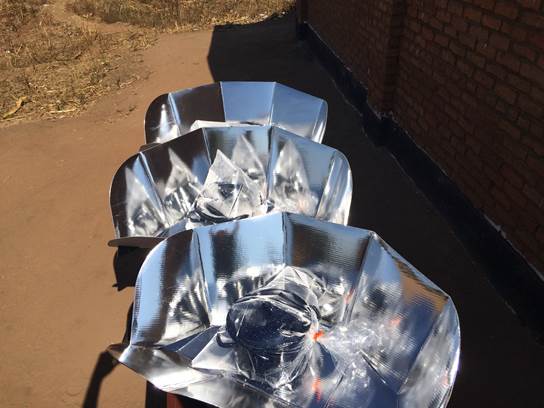 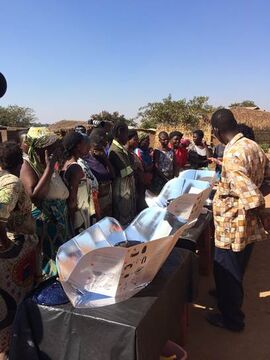 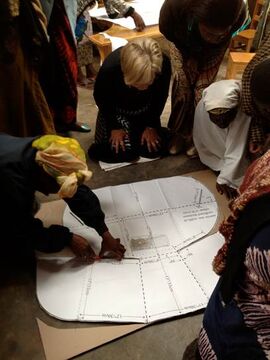 An unusual sponsor of solar cooking in Malawi has been the non-profit organization, Peace Child International. One of its programs called Be the Change (BTC), challenged young people to make a difference in their communities. In Malawi a portion of youth action work focused on solar cooking. One young man proposed to his colleagues that they make and sell solar cookers as a BTC project. With a very small budget, they did all planning and implementation of the project. By 2001,the group had been able to provide 50 village families with solar cookers in 9 different villages. The group reached out for support from organizations in Germany and Austria, and was also aided in locating reflective materials by a Malawian business, Universal Industries. (Source: Solar Cooker Review, November 2001)

A quite different type program in Malawi was reported on at the [[Kimberly meetings]] in South Africa in 2000. The country has excellent solar insolation possibilities, and severe deforestation in some areas. The Department of Energy Affairs has established a Renewable Energy Program, which promoted a range of renewable devices, including solar cookers. Using box cookers sold through a micro-financing scheme, the project intended to establish distribution centers across the country. A private business, the Zako Solar Cookers Industry was the principal manufacturer of ovens, and nongovernmental organizations were assisting in the distribution.

To begin, a national planning workshop was held. Various stakeholders came together to divide up the tasks involved in presenting a series of demonstrations on energy saving measures. Participatory principles were stressed and a choice of optional renewable energy modes offered to people. The foci of the project included both arresting environmental degradation and the reduction of poverty.

Information presented at Kimberly described the program at a very early stage. Follow up to ascertain results of the project had not yet been accomplished. This project, started by governmental initiative, was an important development in Africa, where the bulk of solar cooking work has been done through non-governmental organizations, many from outside the continent (Kimberly, p. 67).

Malawi has a renewable energy component in its school curriculum.

The entities listed below are either based in Malawi, or have established solar cooking projects there: