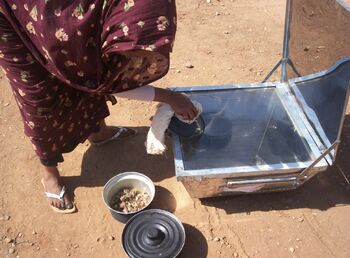 Mawahib Ahmed is a researcher with the National Center for Research in Sudan. Her work with solar cooking began in 1994 when she was a student, with studies focused on the link between food and energy usage. Her research was primarily testing the performance of a locally made solar box cooker. Tests were done to check the quality of preparing local recipes using the solar oven.

Since that time, she has continued working in energy conservation technologies, generally with the emphasis in solar cooking. Often working with various governmental and NGO organizations. Consulting with UNIDO, she developed a recipe booklet for staple Sudanese foods, done with women participation and support of the Nutrition and Education Center in Sudan.

She has trained over 600 women from different locales in Sudan, including Khartoum, Kordofan, Darfur, and Blue Nile, in the use of solar ovens. Currently, at the research level, she is working on a mechanism for the adoption of technologies. She is also examining the barriers that face sustainable solar cooking projects. 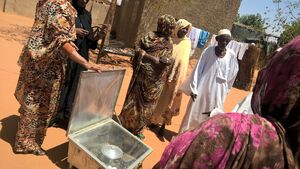 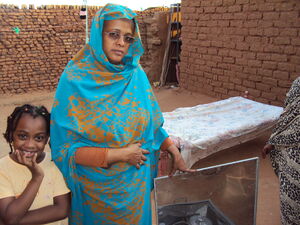