See also: Global Calendar of Events and past events in Morocco

The Ministry of Energy and Mines of Morocco became interested in solar cooking through involvement of an employee, Touria Dafrallah, the recipient of an award for one year of study in the United States under the auspices of the Hubert Humphrey Fellowship Program. She studied at Cornell during that year, and came to know of solar cooking.

During a practicum period spent in Washington, D.C., Touria spent a share of her time working with Solar Household Energy, Inc., becoming a proficient cook and conferring with SHE personnel on establishing a project in Morocco.

Upon her return to Morocco, Touria began to lay the groundwork for a project. Experienced project staffs associated with the French, NGO Solar Inti, were made available to work with her in planning and piloting the project. The device chosen was the ULOG type box cooker, used in Solar Into projects in other countries. It could be made in Morocco.

Morocco was also interested in learning more about, and perhaps acquiring a large solar cooker called the Villager, a product of Sun Ovens International and Rotary International.

Later reports of progress in Morocco indicated that work continued on the project but progress was slow. 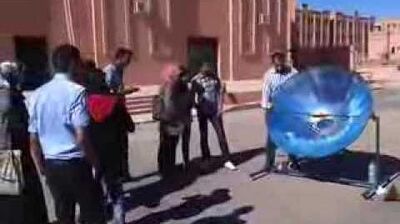 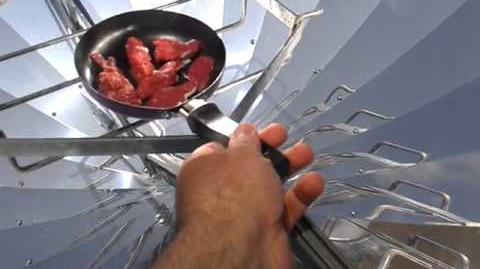 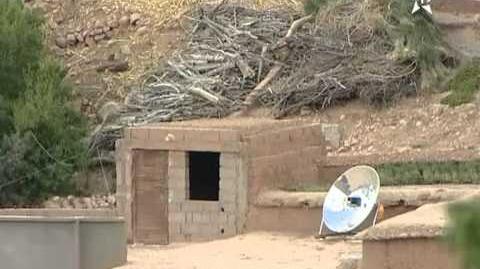 The entities listed below are either based in Morocco, or have established solar cooking projects there: