Núcleo De Tecnologia Social (formerly Laboratório de Energias e Materiais) is located in Sergipe, Brazil, at the state capital, Aracaju. It is a department of the Institute of Technologies and Research, of the University of Tiradentes. Research development is primarily under the direction of Paulo Araujo, a long time advocate of solar cooking, involved with cooker design and large scale distribution of solar cookers to impoverished countries.

Paulo also founded Cozinha Escola Experimental Solar (CEES), which was inaugurated for the purpose of working in poor communities to guarantee nutrition and provide education about basic food handling concerns, as well as the construction and use of solar ovens, and for scientific experiments with renewable energy to study the current efficiency of the CEES. This effort is currently (October 2014) on hold awaiting further funding from the Brazilian Government. 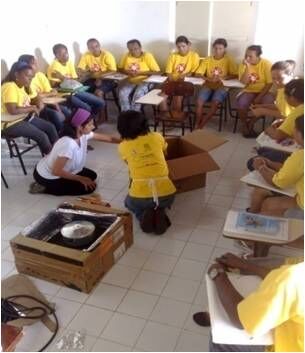