Paulo Araujo was featured in a national news broadcast on Globo TV in 2008 (which holds Brazil's largest audience) teaching solar cooking to people in the interior of his home state of Sergipein northeast Brazil. He was hired by the state government to introduce and show how to make and use cardboard box ovens. Paulo heads the Cozinha Escola Experimental Solar (currently not in operation), an experimental technology laboratory in Universidade Tiradentes in Aracaju, Sergipe. He has produced a DVD showing how to make and use solar box ovens, financed by the United Nations and intended for large distribution. 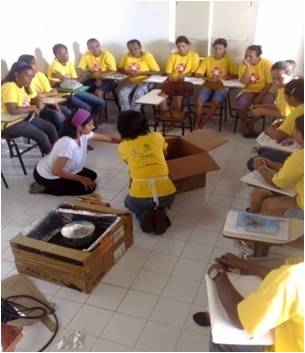