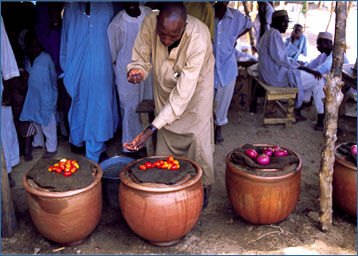 The Pot-in-pot Cooler was designed by Mohammed Bah Abba, who won the Rolex Prize and who has been promoting this process throughout Nigeria. Based on ancient techniques, the concept takes advantage of evaporative cooling. Two terra-cotta pots are used, one inside the other, allowing for an approximate 3 cm (1.2 in) to 4 cm (1.6 in) gap between the smaller and larger pot. The gap is filled with sand and then saturated with water. (Some of the water will seep into the clay pots as well.)

Fruits and vegetables are placed inside the small pot and the cooler is covered with a wet towel. As the water slowly evaporates from the cooler, heat is taken from the clay pots, keeping the temperature of the food cool inside. Water needs to be added to the sand, depending on the air temperature outside. Left in the shade, the Pot-in-Pot cooler will keep foods fresh for some time.

The basic "pot-in-pot" cooler has two large unglazed pottery pots, which could be commissioned to be made without bottom holes (as in the pots below, produced by Panama Pottery in Sacramento, California). One pot fits inside the other, with a layer of sand in between the pots. Alternately, normal pots could have been used, with their holes sealed with wax or waterproof tape. In this photo, a watering pot is used to wet the sand layer (a daily process to be completed in the morning). Inside the inner pot, there is a watermelon, a cabbage, a bag of carrots, and two apples. 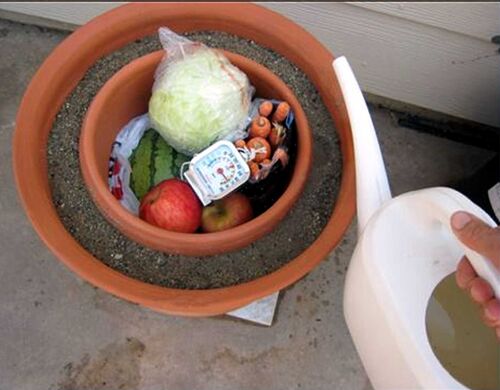 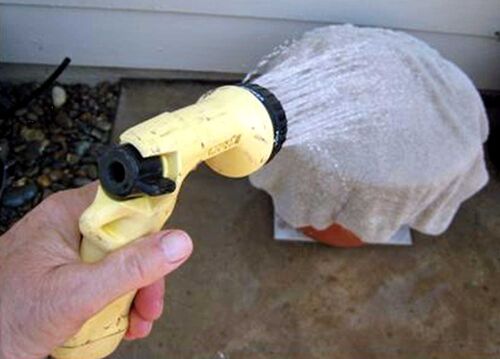 In the photo above, there is a folded towel on top of the pots and produce, and towels are moistened (twice per day) to provide additional evaporation through the cloth top. Folsom, California, USA (the location of these photos) is typically hot in the summer, but this is an exceptionally hot day at 43 °C (109 °F) in the shade. It is an excellent opportunity to test this cooler. 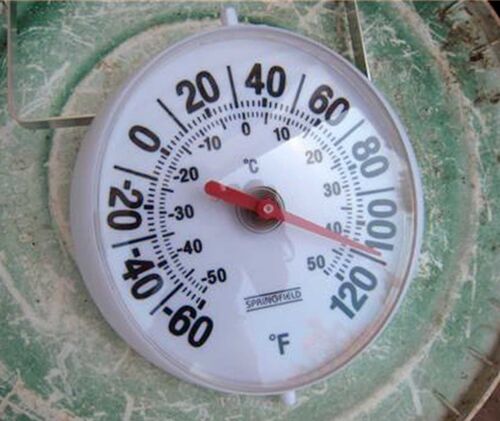 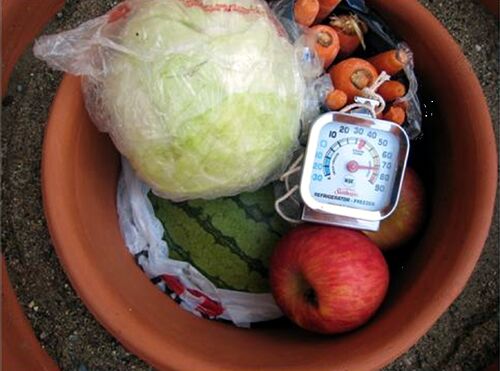 To learn more about this device, go to http://rolexawards.com/en/the-laureates/mohammedbahabba-the-project.jsp

Sharon Cousins discovered that it is important to weight the inner pot when initially moistening the sand, or it will try to float and the sand will slip down and pile up underneath. This is a very effective way of keeping produce fresh, in many cases keeping vegetables fresh for longer than in the refrigerator. Sharon bought large plant pots on sale and used pieces of plastic jug glued on with Shoe Goo to seal the drain holes. She later discovered, much to her sorrow, that a northern winter can destroy a pot-in-pot cooler unless it is stored somewhere where it can dry out for the winter (water in the somewhat porous unglazed clay freezes and can crack the pots). They can also be enormously heavy and hard to move. In colder climates where it freezes, or if the device needs to be moved for other reasons, try to obtain or make a sturdy base with rolling caster wheels (often sold for heavy plant pots) to help with moving the cooler. Or, assemble it on a sturdy, unused wagon, perhaps one that a child outgrew. But make sure that the base is strong and that it rolls, because the weight of the clay, sand, water, and vegetables really adds up. 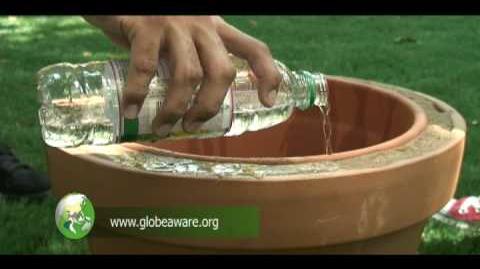 Retrieved from "https://solarcooking.fandom.com/wiki/Pot-in-pot_cooler?oldid=124873"
Community content is available under CC-BY-SA unless otherwise noted.