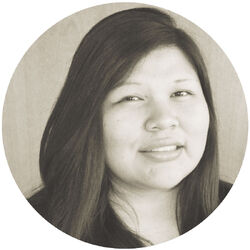 Raquel Redshirt is a member of the Navajo Nation and grew up seeing members of her community living without basic comforts, such as electricity. As cooking is resource intensive, she wanted to develop a way for her rural community to cook in a more economical and environmentally friendly way. She became aware of solar cookers and decided to develop an effective cooker using locally sourced materials that would meet the needs of her family, friends, and neighbors. She continues working to improve her design, including testing shredded paper against soil as insulating materials.

In 2011, Raquel was one of 1500 high school students chosen to compete at the Intel ISEF science competition and was selected as a finalist.

She is currently a student at the University of Oklahoma and is studying Environmental Engineering. 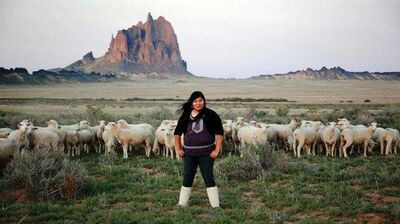 Retrieved from "https://solarcooking.fandom.com/wiki/Raquel_Redshirt?oldid=122750"
Community content is available under CC-BY-SA unless otherwise noted.