The Robinson Cooker is a faceted solar array cooker with a square shaped reflector, 84.6 cm X 84.6 cm. It has been designed by James Robinson. By carefully orienting each facet, places the focus about 2 cm below the corners so that the rotation point falls within the spreaders. The solar collection area is .75 square meter. The cooking vessel of this early version is a 15.75 cm dia, 15.5 cm tall coffee can with a 6.5 mm x 100 mm bolt, with sleeves that fit snuggly in the tube that supports the cooking vessel. This method of support eliminates the usual structure that intercepts some of the concentrated radiation blocking it from the target. The photo shows a glass cover for the cooking vessel, however the designer suggests a metal cover would work as well. 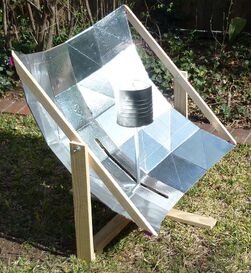 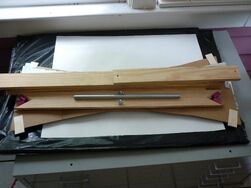 The cooker is collapsed for transport. 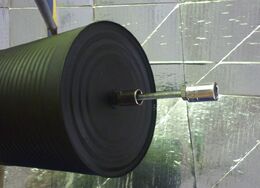 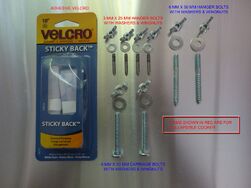 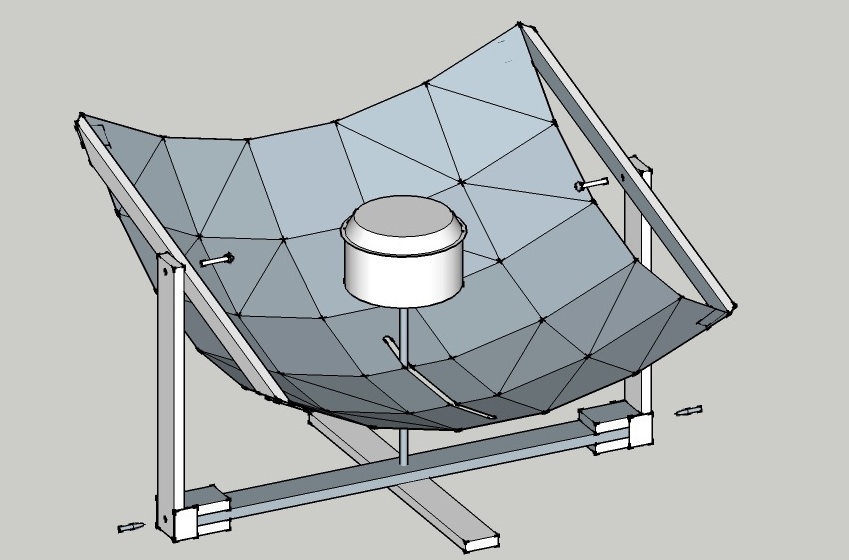 There are two options for building the Robinson cooker. The cooker can be made collapsible or not. If collapsible, it is recommended that the reflector be made from a single piece of corrugated cardboard, though it can be made from separate pieces connected with heavy tape or other means of connection. If built not to fold up, the cooker is still relatively compact and easy to store.

The first step is to assemble the materials for the frame (Beam, Keel, Uprights, Upright Keepers, Blocks, and Spreaders).

2. Uprights: Length equal to 46 cm plus the thickness of the Beam and 2 Blocks. The width of the Uprights must be the same as the Beam.

3. Blocks: Blocks need to be the same thickness as the Keel and same width as the Beam. 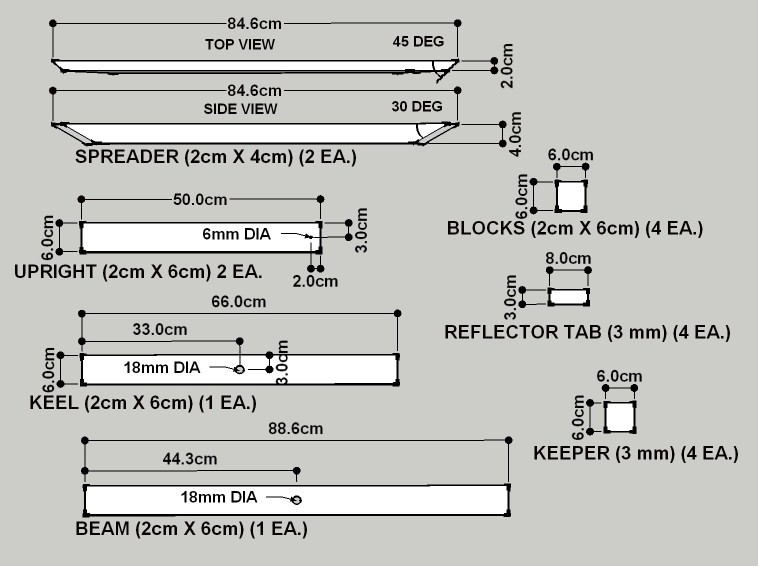 Use the template provided to mark the compound cuts on both ends of the Spreaders (2). Make certain that the faces of the compound cuts are on the same side of each Spreader. The length of the Spreaders is overall (i.e., the long point to long point of the cuts). Use a block sander to finish the cut edges. Drill the 6mm holes in the Uprights and Spreaders as shown on the drawings. Drill the holes in the Beam and Keel. The diameter of these holes should be the same as the outside diameter of the tube used for the Pot Support. The Pot Support should fit snuggly in these holes. Glue the four Blocks on the top and bottom of the Beam ends with wood glue. It is important that the Beam ends and the Block ends form a flat surface perpendicular to the Beam. Next glue the Upright Keepers on the sides of the Beam end and attached Blocks. The Keepers should extend beyond the end of the Beam 3 cm. After the glue has dried place the non drilled end of each Upright in the pocket formed by the Keepers. Drill a 6 mm hole through the Upright and 1 cm deep into the center of the end of Beam. Remove the Upright and drill the hole started in the end of the Beam 2cm deeper with a 3 mm drill bit. Screw one 6 mm Hanger Bolt into the Beam end. Replace the Upright and fix in place with a 6mm Wingnut and 6 mm Washer. Repeat for the opposite Upright. Place the Beam atop and perpendicular to the Keel, align the holes and insert the Pot Support tube. Put the 6 mm Carriage Bolts through the hole in the Spreaders from the inside. The head of the bolt will be on the side opposite the face of the compound cuts. The bolt then goes through the 6 mm hole in the top side of the Upright. Install 6mm Wingnuts and Washers to secure. The stand is now complete. It is a good idea to paint or seal the wood at this point. 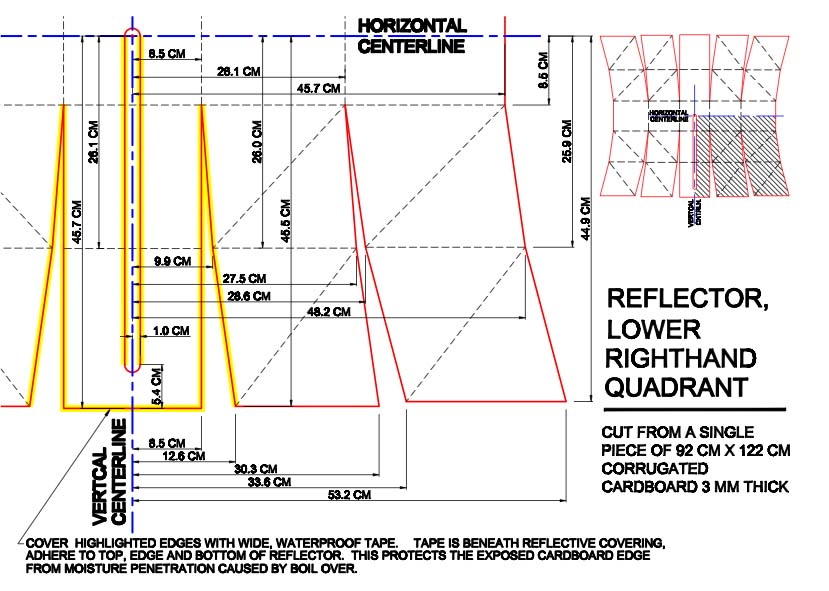 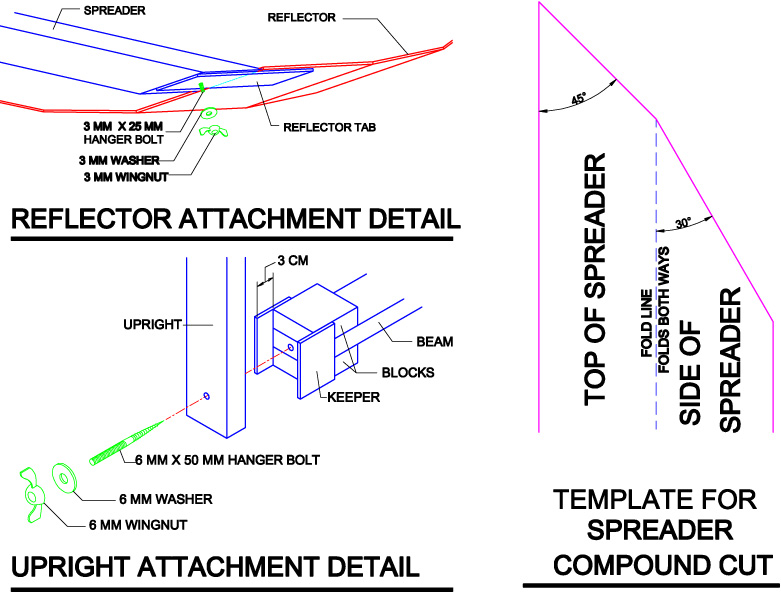