The SCInet Solar Cooking Convention 2014 was held in Sacramento California, USA July 17-19th of 2014. This was the seventh international solar cooking conference, and the first to be held in eight years.

The third day of the Convention was a free public solar cooking festival held at William Land Park in Sacramento. Attendees from sixteen countries demonstrated solar cookers and cooking techniques.

Setting standards for solar cooker certification, uniform testing methods, and global promotion strategies were the topics that interested most of those in attendance. Accomplishing the certification and testing goals will allow for easier adoption of solar cooking projects by larger funding organizations, as well as provide comparative information for consumers.

Sponsors of the convention included Solar Cookers International, The Agua Fund, Inc., and the Global Alliance for Clean Cookstoves. SCI Executive Director, Julie Greene, SCI staff, and SCI volunteers put in many hours planning this years convention, helping to make it the success that it was.

At the conference a number of working groups were set up to facilitate ongoing collaboration: 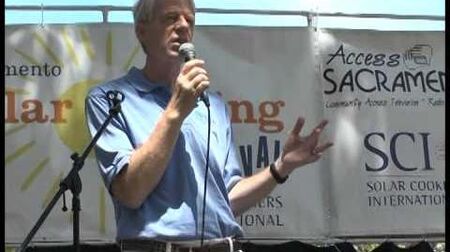