A possible alternative to water pasteurization is SODIS or solar water disinfection. This method seeks to inactivate microbes in contaminated water -- exposing transparent bottles of water, placed horizontally on a flat surface, to direct sunshine for five to six hours -- was first reported in 1980 by Aftim Acra et al. at the American University of Beirut in Lebanon. UNICEF published a booklet describing this method in 1984. This procedure has been developed by the Swiss Institute for Aquatic Science and Technology (Eawag). If possible, Eawag recommends placing the clear bottle on a metal surface, e.g. a corrugated metal roof, to enhance heating and increase microbe inactivation (see http://www.sodis.ch).

The SODIS procedure will reliably inactivate bacteria on sunny days. Bacteria concentrations for most pathogenic organisms can be expected to drop by 3-4 orders of magnitude (factor 1,000-10,000) even if the method is applied by an relatively unskilled person in the field (Sobsey M.D., Stauber C.E., Casanova L.M., Brown J.M., Elliott M.A. (2008). Point of Use Household Drinking Water Filtration: A Practical, Effective Solution for Providing Sustained Access to Safe Drinking Water in the Developing World. Environ. Sci. Technol., ASAP Article, 10.1021/es702746n).

SODIS is promoted by the World Health Organization (WHO), and others thoughout the third world, as a viable treatment for disinfecting drinking water and reducing the incidence of waterborne diseases. Health workers stress that boilling, or chemical treatment like chlorination, is much preferred over SODIS, since boiling is 100 percent reliable at killing pathogens, and chemical treatment is close to 100 percent reliable except for hard- to-kill pathogens like Cryptosporidium. SODIS is not nearly as reliable as boiling or chlorination, but since boiling requires fuel or other resources that are often in short supply in third worlds locations, SODIS is promoted as being far better than drinking untreated water.

Despite the extensive research on the effectiveness of SODIS in removing pathogens from drinking water in both lab and field conditions (see, e.g., the scientific articles listed here: http://www.sodis.ch/Text2002/T-Research.htm), some anectotal accounts report lower disinfection efficiencies (which could be caused by incorrect application of the method among other reasons). 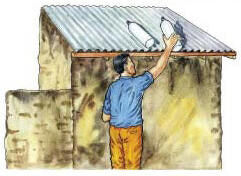 In the summer of 2002 Christine Polinelli, from the Australian Department of Health, joined Dr. Metcalf in Meatu district of Tanzania to test water pasteurization using the CooKit solar panel cooker, and the SODIS method, with the naturally contaminated water delivered to their guesthouse. This water had between 10-100 E. coli bacteria per milliliter. (The WHO considers water to be heavily contaminated if it has one E. coli per milliliter.) Water heated in a two-liter black metal container in a CooKit was free of E. coli within two hours, when temperatures reached 60 °C (140 °F). Water from the same source was given the SODIS treatment in the 1.5-liter blue-tinted plastic bottles available in Tanzania. Although they obtained over 90 percent inactivation of E. coli in 5-6 hours, viable E. coli were still sometimes present in one milliliter and ten milliliter samples. The moderate turbidity of the river water may have contributed somewhat to protecting E. coli.

Trish Morrow reports: Earlier in the year (2007), on 25 August, engineering staff tested the SODIS method of water treatment. Four bottles of contaminated water were collected from the same location on the shores of Lake Tanganyika. One bottle was painted black with blackboard paint, two bottles were left clear and one bottle was half painted with blackboard paint, the other half being clear. Three bottles were placed in the sun for approximately four hours and the fourth bottle (clear, not painted) was kept in the shade indoors during the entire time. The other three bottles were placed on the corrugated iron roof of our office, where they were in a nearly horizontal position. The half-black bottle was placed with the transparent side upwards. After the three bottles had been left in the sun for approximately four hours, all four samples were analysed using a Del Agua bacteriological test kit. This kit uses the membrane filtration method. Results were as follows: Transparent bottle left in sun had 11 fecal coliforms per 100ml, bottle painted black had 2 fecal coliforms per 100ml, the control (raw water from Lake Tanganyika) had 29 fecal coliforms per 100ml and the bottle which was half painted black had zero fecal coliforms.

Dr. Bob Metcalf and his students have found that viruses are more resistant to direct sunshine than are bacteria. Research conducted by Negar Safapour and Dr. Metcalf, using a bacterial virus, supports this (see paper in Applied and Environmental Microbiology Vol. 65, #2, pp859-861, 1999; available online at: http://aem.asm.org). Another student, Yen Cao Verhoeven, studied the effects of the SODIS method on rotaviruses, with similar results. Her findings were presented as a poster at the American Society for Microbiology annual meeting in May 2000. Sobsey et al. specify the reduction of concentrations of viruses by SODIS as being in the range of 2 orders of magnitude (factor 100) under field conditions and 4 orders of magnitude (factor 10'000) under controlled conditions. Protozoa are particularly resistant, and the complete inactivation of spores or cysts requires high temperatures of 50 °C (122 °F) or higher.

The SODIS method cannot be used for turbid water or for milk, since turbidity and non-clear liquids reduce solar radiation intensity. Furthermore, SODIS does not remove chemical pollutants if present in the water. Bottles need to be available for the process in sufficient quantity, which can be a limiting factor in very remote areas.

Furthermore, the SODIS method suffers because it has no certain end-point to decide when the water is safe for consumption. Therefore, Eawag recommends to expose water for two consecutive days if there is only limited sun, and to filter turbid water before applying SODIS.

The efficacy of the SODIS approach has been discussed in this article. While exposure to sunlight kills many forms of contamination in the water, a more effective, if more complicated, technique is to pasteurize the water. An important aspect to pasteurization is that it allows for the use of a WAPI, a simple device to indicate when the water has reached a safe temperature. When the water reaches 65 °C (149 °F) it is suitable for drinking. Several designs use a melting wax method. A recent version, called the SPADE WAPI, is designed to be fitted directly to the cap on a water bottle. After drilling a 1/4" hole through the cap. The slender clear tube, with wax at one end, is submerged into the bottle. Reaching a safe temperature, the wax runs to the bottom of the tube. A compact approach to providing water pasteurization using bottles, similar to the SODIS approach, but also with a simple device to indicate the water's safety for drinking.

Potentially, there appears to be a health risk associated with reusing plastic bottles when disinfecting water for potable use. According to Matthew Rollins, evidence has shown there is a release of cancer causing chemicals when plastic bottles are placed in direct sunlight for extended periods. Glass containers, while more vulnerable to breakage, may be a preferable alternative. 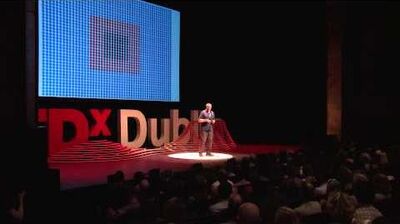 Retrieved from "https://solarcooking.fandom.com/wiki/SODIS?oldid=113906"
Community content is available under CC-BY-SA unless otherwise noted.