STAR-TIDES is an international, information-sharing research project that promotes sustainable, affordable support to stressed populations—post-disaster, impoverished, or post-war in a domestic or foreign context for short- or long-term operations, with or without military involvement. It is an international research project to promote unity of effort among diverse organizations where there is no unity of control.

As such it seeks to build bridges across boundaries between business, civil society and government stakeholders who are working toward common goals. The group focuses on seven infrastructures: shelter, water, power, integrated solar and combustion cooking, cooling/ lighting/heating, sanitation and information & communications technologies (ICT). The project aims to provide reach back “knowledge on demand” to decision-makers and those operating in the field. Medical support will be added in the future. All information collected will be made available in the public domain, with the goal of building the broadest possible communities to suggest innovative solutions to support those who are dealing with real world situations.

[This text was borrowed from http://www.star-tides.net/.]

The TIDES project (Transportable Infrastructures for Development and Emergency Support) is a research effort to encourage information sharing and develop Communities of Interest to support populations in stressed environments. Such environments include Stabilization and Reconstruction (SSTR), Humanitarian Assistance-Disaster Relief (HADR), and Building the Capacity of Partner Nations (BPC). Phase I of TIDES included demonstrations in Oct-Nov 2007 at the National Defense University (NDU) and the Pentagon’s center court. TIDES is one part of a broader effort called STAR (Sustainable Technologies, Accelerated Research).

TIDES’ focus is on information sharing and low-cost, transportable infrastructures, not the capital-intensive infrastructures of the developed world, or the deployable, integrated (and expensive) ones used by the military. TIDES infrastructures should be able to be turned over to the affected populations at the end of an operation. 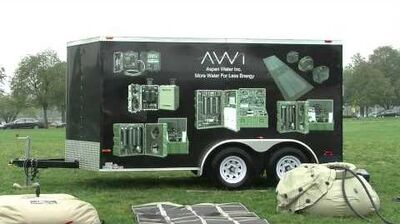