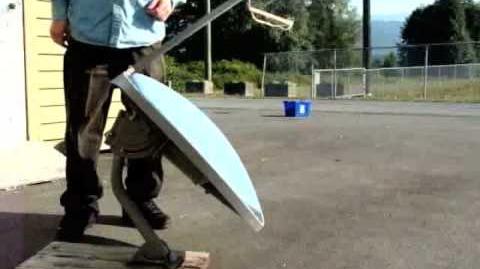 Satellite television and other dish shaped receivers (such as microwave receivers) have a parabolic shape that can be adapted to solar cooking. To get much power, you would probably want a dish that is about 1 meter in diameter or larger.

However, there is a problem with using these dishes for solar cooking. The focal point will probably be high above the edges of the dish. That means that it can be too easy for a cook or the child of a cook or some other person to put their hands (or even their face) in the concentrated beam of light and suffer severe burns. I think most serious designers of parabolic solar cookers are concerned about the problem of accidental burns or accidental blinding if the concentrated light strikes someone's eye. I have heard of four main ways to reduce the burn hazard.

Another method is to mount the cooking pot on a rotating arm--then the cook moves the arm to remove the pot from the focal point when the cook needs to open the pot. This way, the cook does not have to reach their hand near the focal point.

Another method is to redesign the shape of the dish so that instead of a narrow point focus, the focus is more spread out--perhaps over an area of 5 centimeter or more in diameter. This reduces the intensity so that a person can move their hand away before they are badly burned.

Another method is to use two paraboloid reflectors, each one representing less than 180 degrees of a circle. This method would allow designs that get as much solar power to the cooking pot as the bowl-shaped dish designs do, but the power would be in two beams of light, instead of one, so that each beam would be of 1/2 intensity and thus would not burn people as quickly, giving them time to move before severe damage is done.

Some designs use more than one of those four methods.

In short, there are safety problems with using a television or microwave dish as the form for a parabolic solar cooker.

Also, stability in wind is an issue that all designers of solar cookers have to consider. Large bowl-shaped reflectors can be difficult to keep stable in wind. I think the high focal point makes it necessary to mount the pot well above the rim of the dish. In windy conditions, this could add to the instability of the parabolic cooker.

My message is that making a solar cooker from satellite dishes is possible, but that you should be cautious and careful both in designing it and using it.

With that being said, there are sources of information for those interested in converting satellite dishes to solar cookers in the external links below.

Here is the video of a Solar Cooker I build using Chips and cookie bags as reflector Material. The video is in Spanish with German subtitles, but it should be easy to understand just watching the steps. 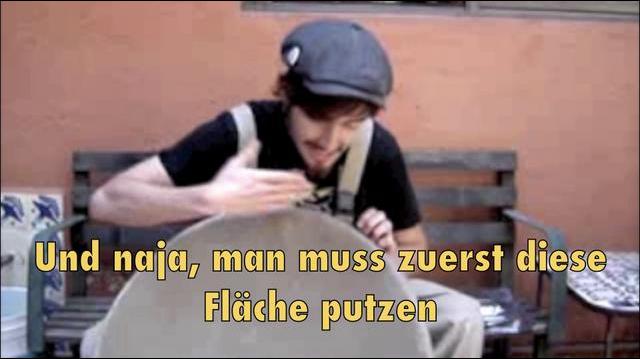