Professor Shyam Nandwani is a leader in solar cooking research, and the former Director of the Laboratorio de Energia Solar at the Universidad Nacional in Costa Rica for many years. Shyam served on the Board of Solar Cookers International from 1993-1998. He is now a retired professor and independent researcher, user, and promotor of solar energy.

As planned I got the certificate as National Winner (Energy Globe Award) on Monday, April 13. Ufortunately I could not get the World Prize, firstly because some have to lose so that other could win ..., secondly after analysing the other winners (one in each category, Earth, Fire, Water, Air and Youth) I could see that the objective of the prize was to encourage the social projects, means the implementation of the device (in some rural area. It was more important than the research.

I am attaching some photgraphs. Although I have done lot of dissemination work, and in last thirty years, trained many persons (at least in 10 countries) to make Solar Cookers (mainly) and other solar devices, however at the time of application form, did not stress concrete numbers of cookers made directly under my instructions. The five winners (out of 110) did that.

Maybe I will try again after two years, taking the award objective into consideration.

Once again I am thankful to Solar Cookers International (beng ex Board Member during 1990- 1997), Fraunhoffer Solar Energy Institue, (Sabattical during March- Aug.1996), IITAP (Sabbatical during Sept. 1996- Feb. 1997), RICSA (Member, during 1998- 2002) and ICTP (attending many courses on Solar Energy since 1977 and Associate Member during 1986- 2007) for getting the training and exchanging information with other research workers.

On the other hand I am pleased to inform that recently there was a competetion among university researchers to buy some equipments. Money was limited and there were many applicants. Recently I am informed that I got US$25,000 to buy new equipments for my laboratory. This will really be great help in the quality and ease of data measurements. 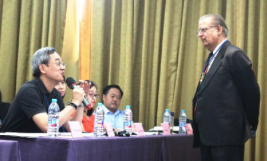 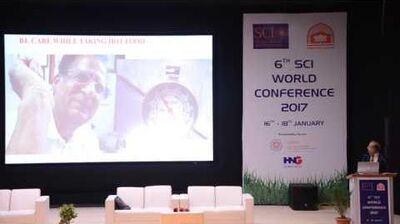