The Simply Solar company was formed in 2010 by the Solare Brücke organization.

"Our aim at Simply Solar is to provide high quality consulting, training and R&D services in the field of appropriate solar technologies. We have been working together loosely for many years, sharing the experiences each one of us made in his/her own work. Projects worldwide have benefited from this cooperation. Based on Wolfgang Scheffler's ongoing R&D one of our strength is Scheffler Reflectors, their applications and related projects. All four directors of Simply Solar have many years of experience in that Technology.

In 2010 we decided to join hands more firmly - Simply Solar was created."

Custom services for design of reflector arrays.
Add a photo to this gallery 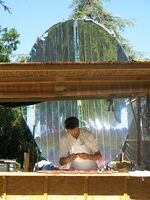 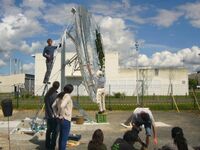 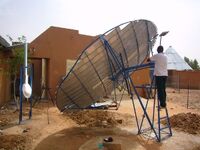 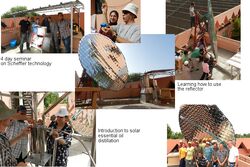 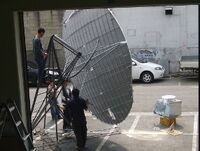 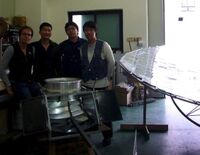 Retrieved from "https://solarcooking.fandom.com/wiki/Simply_Solar?oldid=115564"
Community content is available under CC-BY-SA unless otherwise noted.