Tracking for the HotPot solar cooker[] 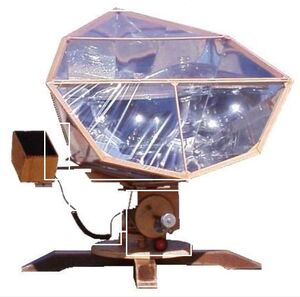 Stan Wells explains these are three of his trackers running side by side. The time lapse video shows the different trackers finding the morning sun. On the left is one of the earlier trackers, which uses a battery and relays. In the middle is the most recent no battery tracker, which I love for its simplicity. On the right is an older tracker that has been upgraded with a new mini sensor that is super sensitive. Watch how that new tracker finds the sun long before the other two. I have seen it find the sun in heavy fog when I couldn’t find it myself! At the start of the video I reposition the left tracker with remote control. At the end I drive the tracker on the right with remote control.

Stan Wells demonstrates his tracking system orienting a solar box cooker to the sun. Plans for this tracker are available here and Amazon.com parts list for same and Optional Tracker Additions. 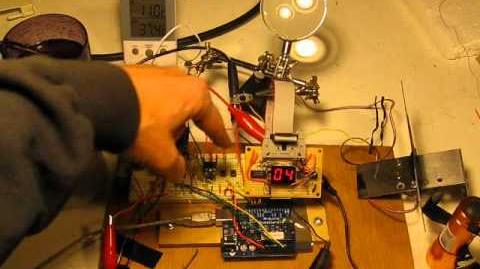