See also: Global Calendar of Events and past events in South Africa

The unique situation of South Africa has played a major role in its development. In the apartheid era, relatively little development assistance from outside agencies was received. With the birth of an African-led government and the leadership of Nelson Mandela, considerable effort has been made by donors to assist the nation, which has experienced a relatively high GDP per capita (for Africa) and solid growth. In the latter years, a number of efforts to introduce solar cooking have taken place in the country, including a large and well-funded collaboration with the government of Germany.

A program in South Africa involving a collaboration between the nation's Ministry of Minerals and Energy and the German technical cooperation agency (GTZ) was one of the first large-scale attempts to introduce solar cooking within the country. It was implemented in 1999. The understanding was that it would be a thoroughly planned project, enjoying substantial financial support to "do it right." The initial report prepared was Moving Ahead with Solar Cookers. A panel of European solar cooking experts was convened to examine a wide range of available cooking devices. After careful testing, six devices were chosen on the basis of cooking performance, durability, and potential cost. With the devices chosen, the next step in the project, Phase One, was a yearlong market study, evaluating the preferences of selected households in three sites in the project area of northwest South Africa. Devices were rotated at two-month intervals, and the sample population was surveyed repeatedly on each, evaluating convenience, durability, fuel saved, time spent, and other uses of saved time. A team of three social scientists conducted this carefully conceptualized and meticulously carried out study over a period of one year.

In Social Acceptance of Solar Stoves in South Africa , the project describes that evaluation process and results. One hundred families were in the sample with 30 others serving as a control group. The topics evaluated included end user acceptance, impacts on household fuel consumption and expenditure, planned purchase of stoves, and affordability issues. The study provided important lessons, including the promise of solar energy demonstrated by high usage, the importance of options in solar devices (no one size fits all), and the link between high use and payback time.

With the information gathered in Phase One, the project was prepared to go into full swing. Phase Two involved a large-scale venture with manufacturing firms that would produce the cookers selected by consumer panels. Next came the commercial campaign to sell cookers (Phase Three), initially in the study area, but with a plan to cover more of South Africa over time. Arrangements were in process for households to be able to finance cooking devices. Extensive advertising campaigns were to be mounted in multiple media, newspapers, radio, TV, etc. Commercial outlets were secured in existing appliance and department stores to make purchasing a cooker convenient.

In 2014, Crosby Menzies, who worked with the implementation phase of the program, reported at the SCInet Solar Cooking Convention 2014 that though well intended, there was a disconnect with the potential users of the new technology, and much of the program resources did not provide benefits. He chose to continue his efforts at solar cooking introduction on a smaller and more personal platform; a summary of his experiences with the program can be viewed at: The most well-funded solar cooker program in the world: Lessons learned from GTZ

The work of Anna Pearce is prominent in South Africa, since she lived in that country for many years. An organization called Women For Peace/Wonderbox seems to have multiple goals. Its members have taught many others to cook and to use the Wonderbag, a commercially made hay box, as well as solar cookers.

A University of Natal community resources worker, Ms. Marianne Green, taught women to use solar cookers for a number of years in the southeastern section of the country. She and her colleagues first conducted a survey on local perceptions of need, finding that collection of fuelwood was the biggest problem for women, resulting in exhaustion and lost time. To assist with that problem, a solar cooking program was devised, training women in solar cooking use, and teaching them how to build inexpensive ovens themselves.

A description with considerable detail on this work was presented at the Kimberly world conference in 2000. Their study allowed them to arrive at a number of conclusions. Solar cooking is clearly feasible in this part of South Africa and could ease the burden of fuel collection for women. However, attention must be paid to gender issues, aimed at reducing the substantial inequities. The report ends with a description of their plan to proceed, including local hosting committees, microfinance or revolving credit schemes, and development of income-generating activities utilizing solar ovens.

An individual living in KwaZula, Natal, Richard Pocock, was also a promoter in his area of South Africa. He has invented a variant on the panel cooker, made of a cardboard box folded to a pentagon shape. Like other panel cookers, the black pot was enclosed in a heat shield of plastic.

The SunStove Organization, allied to the international organization of that name, has had a strong presence in South Africa as of 2018, complete with manufacturing capability and local staff. Their stove was one of those selected for the GTZ project (see above) and has been widely promoted in South Africa.

In the community of Vryburg, a school hosts the Tiger Kloof Training Center that has focused on teaching students and members of the community about solar cooking. The operation began in 2000, initially working with the school's students, then adding work in the local community. They developed a collaborative relationship with the Palmer Group, a South African consulting firm concerned with solar cooking, and served as local staff backup on the GTZ project (see above). Tiger Kloof had a larger goal: to establish a formal instructional system for food caterers, a project which earns income for the school and meets a need for employment training. Along with formal teaching, the operation's commitment is demonstrated by the fact that all of the buildings in the school and the catering training center are solar powered. 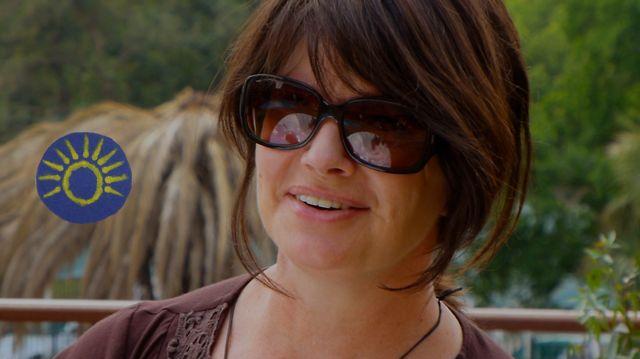 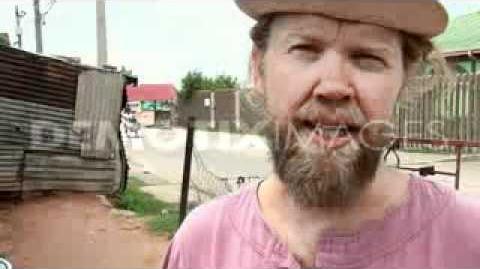 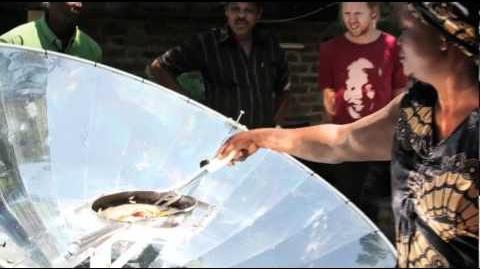 The entities listed below are either based in South Africa, or have established solar cooking projects there: