Various methods of testing are available to compare solar cookers. Solar Cookers International responded to requests from cooks, manufacturers, and organizations to create an objective, scientific process to evaluate solar cookers - the Performance Evaluation Process (PEP). PEP is based on the internationally accepted ASAE S580.1 protocol for Testing and Reporting Solar Cooker Performance and included within the International Organization for Standardization (ISO) harmonized laboratory test protocols for clean cookstoves and clean cooking solutions. The testing process is standards-based and replicable. PEP results report the standard cooking power of solar cookers in watts. Consumers and policy makers need to also take into account additional factors relative to their climate, geography, and cultural practices when making buying decisions. 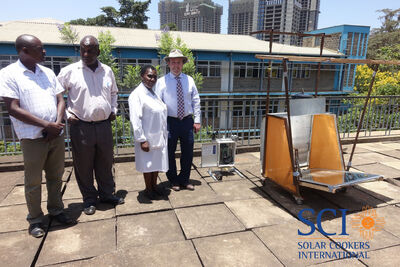 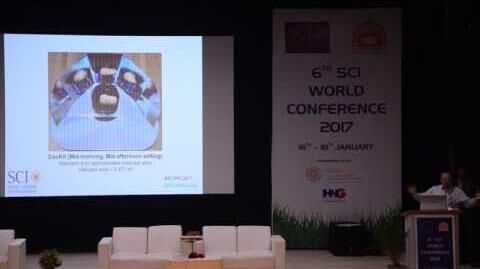 I think we need all three tests. During recent training program at our end we included WBT and CCT for solar cookers. My view is that all three tests are required for any cook stove for following reasons.

1. WBT: This test is useful for rating cookstoves in one category: For e.g. if we talk of solar dish cookers then this test compare different dish cookers on their performance, efficiency etc. Same is valid for other cookstoves. We can compare all woodstoves on one to one basis. I think the test needs to be simplified from the current form.
2. CCT: This test provides fuel saving potential of the cookstove with presumption that both the existing cooking option and proposed new cookstoves are operated in the best possible manner. All cookstoves, irrespective of fuel type, renewable or fossil, solar, biogas, biomass, LPG, kerosene will be compared with what so ever the cookstoves we want to replace. So, this test provides comparison amongst different technologies while WBT provides comparison amongst same technology. CCT is utmost important to get solar also introduced as one of the possible options, and it can only be accepted by different committees and bodies if we provide them comparative scale of solar with other technologies. CCT will also form the benchmark for any carbon funding activity for renewable energy project to know what is the carbon emission saving potential of a particular technology.
3. KPT: This is practical version of CCT. In CCT we presume that the existing cooking technology and new proposed technology are used in best possible manner. However, in practice it is not so. Moreover, in CCT fuel/emission saving potential will depend on time of usage by the end user, which we take by estimate. In KPT we are replicating real life situation to find out actual saving potential considering all uncertainties in usage timing, variation in food habits, variation in cooking quantities, variation in cooking practices etc.

For this reason, we need to consider same set of tests for all technologies. There may be additional tests for few technologies, but at least WBT, CCT and KPT should be common to all. Any way WBT and CCT also hardly require any costly equipment, normally a thermometer and weighing machine is adequate for these tests. I feel that all tests should be as simple as possible and sample sizes to be reduced to less than 3% in case of KPT. As CCT establishes the benchmark on how much can be saved, it makes sense to reduce the sample size in KPT.

In 2016, Solar Cookers International and the International Solar Energy Society began the process of creating a solar cooker testing program called the Performance Evaluation Process (PEP) under the direction of Dr. Alan Bigelow. The project involves establishing a uniform method of testing.

A focus only on speed and highest temperatures eliminates one important feature for some. The intuitive "fastest, hottest is always best" overlooks the benefits of slow, unattended cooking where food never burns, and sun angle adjustments are seldom needed. This is often mentioned as a favorite feature by consumer feedback from solar cooks around the world. A bias against slow, gentle solar cookers that cook like crockpots—ideal for many favored dishes—reduces market access for large populations of women whose daily needs and finances often don't fit with using the "hottest, fastest" devices. Solar cooker designers' reliance on what they THINK is best for women is too seldom confirmed by consumer feedback, which varies widely with region-specific foods, women's daily demands, climate, etc. However, powerful cookers that cook very fast provide a cooking experience much like cooks are used to with traditional stoves. This might make this type of cooker more easily accepted. 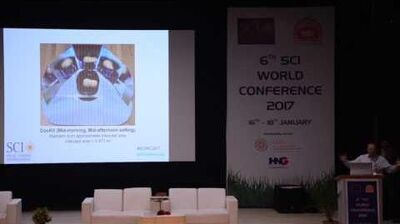