See also: Global Calendar of Events and past events in The Gambia 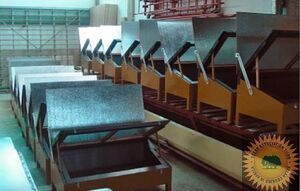 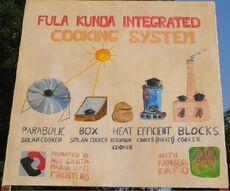 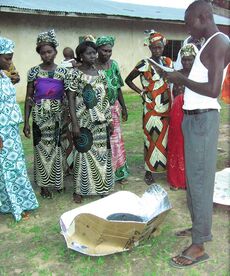 An organization in the United Kingdom, the Gambia Fellowship Association, has been promoting solar cooking in The Gambia for a number of years. Four units to produce cookers have been developed by the group with assistance from the British High Commission, the Gambia Energy Department, and the British Foreign Office in London. The organization has also made a film about solar cooking which is shown from time to time on Gambian television.

Another group, the Boka Loho Organization, in The Gambia itself, has built and demonstrated solar cookers at agricultural shows and other gatherings. They produce cookers, train users, and also work with schools in the promotion of solar energy usage. An individual, Mr. Saikou Jarra, has also promoted solar cooking for years in his area of The Gambia. Other organizations, both governmental and non-governmental, have been active as well, including the Ministry of Trade and Industry, which has trained women's groups as users and carpenters in the making of box cookers. One of the early promoters was an organization called Rescue Mission, which disseminated 200 cookers in the early 1990s through demonstrations and classes.

A British woman, Rosalyn Rappaport, promoted solar cooking in Western Gambia, working through the Methodist Agricultural Mission, the Gambia Renewable Energy Centre, and the Women's Solar Cooking Club of Marakissa. Initially, they only had a small number of box cookers, which women shared by taking turns using the devices. Many women worked in the fields, and the larger box cookers were difficult to transport, requiring a cart at minimum. Ms. Rappaport decided to try the panel cooker, which is much lighter in weight. Women there invented a variation that used string to hold the folded sides of the cooker together. After systematic testing to see if the panel performed well enough, the panel came to be more widely used. The panel was made locally, and a substitute for the plastic bag was found in a product used to package sugar (Solar Cooker Review - August, 2002).

Subsequently, Ms. Rappaport described the ongoing development of solar cooking projects in The Gambia, particularly the Marakissa Solar Cooks Club. The group used both box cookers and the panel cooker (CooKit). They have engaged in demonstrations in a number of villages and towns. Local women used an existing Methodist church network, and attempted systematically to follow up with newly trained cooks to assess progress made. Reports were favorable, and most food used in the country lent itself well to solar cooking (Solar Cooker Review - March, 2002).

Other Gambians indicated their interest in solar cooking by corresponding with Solar Cookers International (that number includes persons affiliated with government and non-governmental organizations).

Ninety-five percent of the population in Mali and The Gambia burn fuelwood to supply their daily needs, particularly for cooking. The dependence on fuelwood causes enormous strain on the environment, economy, and on individual health.

Eighty percent of The Gambia was covered by dense forest and woodland in the 1940s. Only 8% remains today. Similarly in Mali, trees are being cut 20 times faster than they are replaced. Cheap fuel sources are not available and as the forests disappear the lives of the people who depend on wood for cooking become more difficult.

For instance, women and girls are responsible for procuring fuelwood and they must travel farther from home as wood becomes more scarce. This task demands many hours and minimizes opportunities to attend school and participate in income-generating activities. In other areas, it is no longer feasible to gather wood. Families in these areas can spend one-third of their yearly income on wood and/or gas.

In addition to the negative environmental and economic impact of fuelwood dependence, women and children suffer from health problems caused by cooking inside small, enclosed kitchens that often lack windows or other ventilation. Cooking fires give off toxic smoke also known as household air pollution (HAP). Every 20 seconds a person somewhere in the world dies from HAP.

The entities listed below are either based in The Gambia, or have established solar cooking projects there:

Retrieved from "https://solarcooking.fandom.com/wiki/The_Gambia?oldid=114613"
Community content is available under CC-BY-SA unless otherwise noted.