Solar Cooking
Register
Don't have an account?
Sign In
in: NGOs, Manufacturers and vendors, USA,
and 4 more

Trust in Education is a nonprofit organization operated by Budd Mackenzie, that promotes village-to-village programs and builds schools in Afghanistan. In 2010 they also began to ship a few solar oven kits to the area. The kits were prefabricated by Jack Howell. Howell built five solar oven kits in his garage, and Mackenzie supervised the set-up of the cookers and provided some training.

Ninety percent of the cooking in Afghanistan is done using fires that burn fuelwood, which is usually collected by women and children. The children cannot attend school and the women are exposed to smoky cooking fires, which cause severe respiratory illness. Trust in Education's solar cooking program was designed to alleviate these issues and grow as needed through sponsorship by various organizations including the Boy Scouts and local high schools. The solar cookers are a good fit by providing more time for education for the children. Those wishing to help in their efforts should contact Mackenzie. 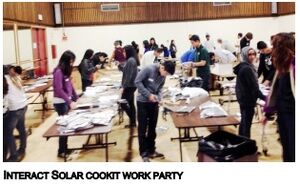 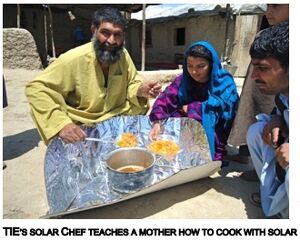